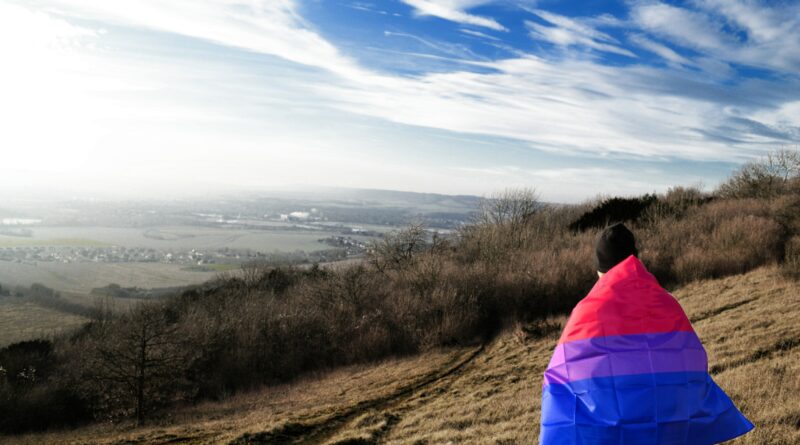 At the full meeting of Medway council on 8 October, I will be asking Cllr Alan Jarrett, the leader of the council, to add Bi Visibility Day to the council’s calendar of events.

I say “asking”, but in reality, in the strange times we are living in, the days of sitting on the side of the council chamber and reading a question out are behind us, for the time being at least. Instead, the question has been printed in the agenda for the virtual meeting (at 7R) and Cllr Jarrett will be called upon to reply, provided the allotted time period for public questions has not been exceeded before my question.

There are 20 questions for councillors to respond to in 30 minutes, so whether or not it is answered at the meeting will depend on the brevity of the responses to the 17 questions before mine…

Just over 2 weeks ago, on 23 September, the bi+ community marked the 22nd Bi Visibility Day. Whilst it is an occasion for those of us who identify within the bi umbrella to celebrate our sexual identity, it is also an important reminder of the challenges that members of the bi+ community continue to face.

For example, those who identify as bisexual are far more likely to experience mental health problems in general (43% compared to 25% in the wider population) and in particular depression and/or anxiety (34% compared to 17% in the wider population). Members of the bi+ community, and in particular bi men, are also far less likely to be open with family, friends and work colleagues than other members of the LGBT+ community. Research conducted by Stonewall in 2018, for example, revealed 30% of bi men and 8% of bi women felt unable to be open about their sexual orientation with any of their friends, compared to just 2% of gay men and 1% of lesbians.

Clearly there is a long way to go to achieve parity for the bi+ community and many councils are taking positive steps to increase support, particularly around Bi Visibility Day. For example, many councils are now including specific information relevant to bisexuality into the equality training they provide to staff, both in respect of the workplace and in respect of service delivery, and I’m sure that as a local authority representing an area as diverse as ours, Medway Council is already providing staff with high-quality training in line with its own equality policies.

However, in light of the specific issues faced by members of the bi+ community, will the Leader of the Council commit to adding Bi Visibility Day to the calendar of events marked by the Council, including flying the bisexual pride flag outside Gun Wharf every 23 September, providing specific training or information to staff as to why Bi Visibility Day is relevant to the services they provide and taking any other additional steps the Council feels appropriate to mark the occasion?

In the event, the question was asked within the time limit and Cllr Jarrett’s response was as follows:

Thank you for your question, Mr Collins Rosell.

Medway council is committed to being both a responsible employer and an example within the community when it comes to matters of equality and diversity. The council, of course, has a suite of equality and diversity training for staff which includes sexual orientation. We also have an equalities board which is chaired by the chief executive and supported by the head of HR. This forum enables staff the opportunity to discuss directly any areas of concern, share good practice and identify opportunities for improvement. Additionally, we have also recently taken steps to rejuvenate our staff forums, supported by HR, in order to increase their activity and involvement. I am pleased to report that the LGBTQI forum is in the process of electing a new chair and also thinking about the areas that they wish to focus on moving forward.

Whilst I am glad my question made it within the time limit, I do note somewhat disappointingly that when reading his response, Cllr Jarret did so with seemingly no interest whatsoever in the subject matter.

I will leave it to individual readers to decide whether or not they believe the question was actually answered. He certainly did not mention Bi Visibility Day or the challenges the bi+ community face, and made no comment whatsoever on adding Bi Visibility Day to the council’s calendar of events.

But at least he got my name right…

A short while after I updated this post with Cllr Jarrett’s response, those intrepid investigators at The Political Medway received an email from a council employee suggesting the “LGBTQI forum” Cllr Jarrett referred to in his response to me does not actually exist.

Following Cllr Jarrett’s response to @alancollinspdb regarding the ‘LGBT Forum’ earlier in the meeting, a #MedwayCouncil employee has got in touch suggesting the forum doesn’t even exist. pic.twitter.com/T7P4crCphb

I was initially feeling disappointed with Cllr Jarrett not actually answering my question. I am now feeling angry that the response he did give appears to have been inaccurate.

Most of the background to this question can be found in the article I wrote for Lib Dem Voice for Bi Visibility Day.

Bi Visibility Day was first marked in 1999 as Celebrate Bisexuality Day, and has continued every 23 September since, growing every year. It is an opportunity for people who identify as bisexual to celebrate their sexual identity, reminding those outside of the bi+ community that bisexuals exist, whilst also serving as a reminder of the challenges the bi+ community continue to face (see my Lib Dem Voice article for some staggering statistics).

My question was inspired in part by a motion Cllr Lisa Smart proposed to Stockport metropolitan borough council on 14 September 2017. That motion, which passed, resolved:

to ensure that all staff receive mandatory training on equality in the workplace that is refreshed at appropriate intervals;

to ensure all staff involved in service delivery receive additional training on equality;

that such training includes specific information relevant to bisexuality; and

that this council adds Bi Visibility Day to the calendar of events it marks, lighting up the town hall in pink, purple and blue and flying the bisexual pride flag.

It is vital staff at Medway council are provided adequate equality training to address the specific issues faced by members of the bi+ community in the course of delivering services to residents. It would also be wonderful if the council marked Bi Visibility Day with the same enthusiasm it marks many other important events throughout the year.