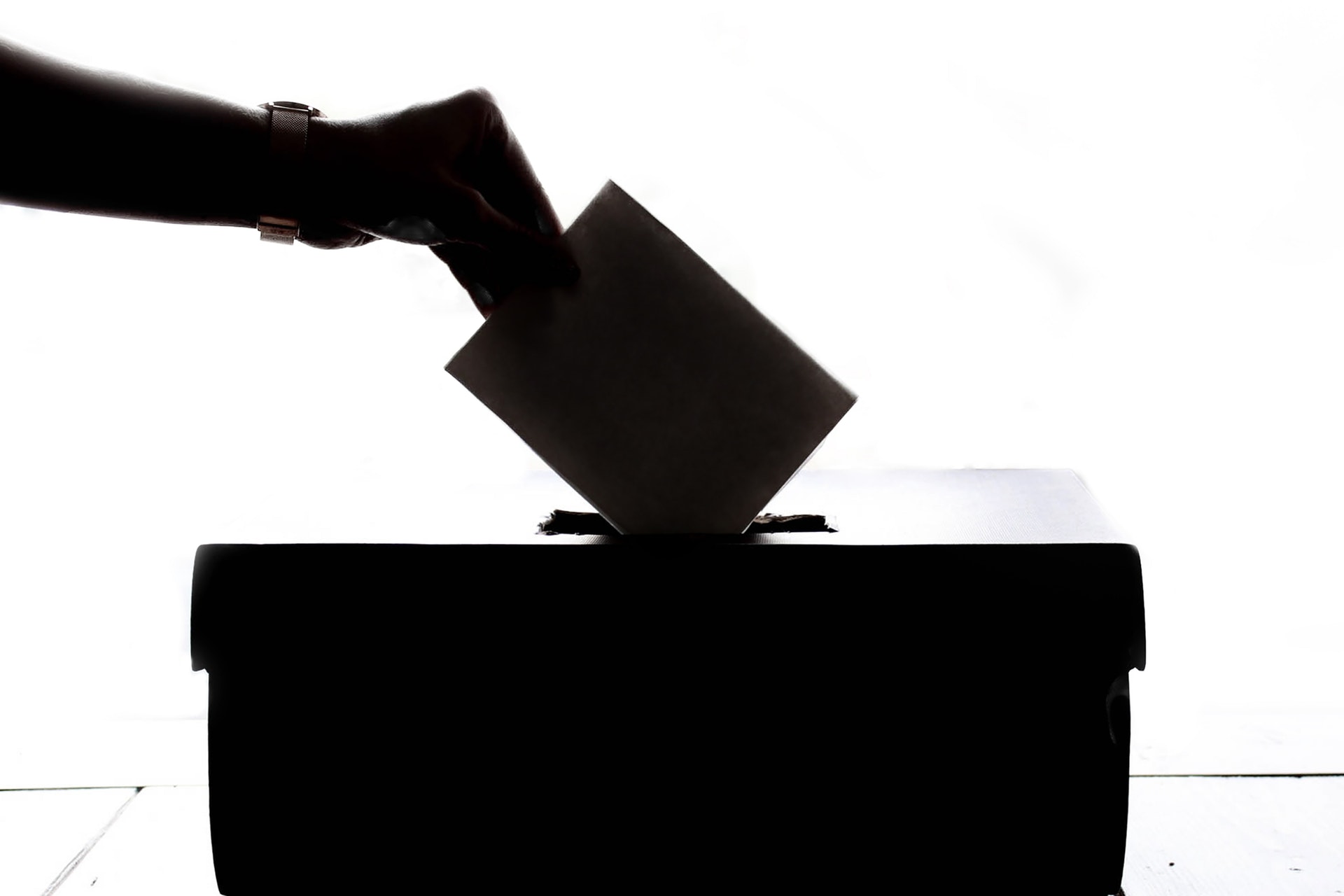 Matt jumped out of his seat and swung round towards Alex, whose sudden exclamation had startled him. He had only been out of hospital for one day, and the two of them were desperately trying to prepare for the hustings.

“What?” Matt responded irritably. Alex’s head was buried in his phone and he took a few seconds to remember Matt was in the room.

Relieved that it was nothing serious, Matt allowed himself to relax. He sat back down on the sofa and placed his notes on the coffee table. “Go on,” he said eagerly.

“The Tories are still on 43%,” Alex explained, reading the top lines while he searched for Matt’s constituency, “but Labour have climbed two to 34%. YouGov are now estimating 339 seats for the Tories and 231 for Labour.”

Matt’s eyes widened. “So, with a swing of one percent they’re saying the Tories’ prospective majority has halved?”

“More than halved,” Alex replied, looking up and smiling. “They’ve gone from 68 to 28. On a margin of error, we’re back into hung parliament territory.”

“What about us?” Matt asked nervously, desperately hoping his outlook had improved since the last projection.

“Nationally it’s a mixed picture. We’re down two per cent but with two more seats.”

Alex look squarely at Matt. “I know.” He hesitated, not knowing how Matt would react. “They’re still saying the seat is leaning Conservative.”

“But we haven’t closed the gap.”

Alex shook his head. “No, but it’s in line with our canvass returns. If we push hard on Thursday, we can get over the line.”

Matt sat in silence for a few moments, contemplating the last few days of the campaign.

“It also means you’ve got to give the performance of your life tomorrow,” Alex added, picking up the notes for the hustings and throwing them into Matt’s lap, “so forget the projection for the time being and get prepping!”

The church of St James was the focal point of the community, and for decades had hosted election hustings. In their invitation, the leadership team took pride in mentioning that they could not recall the last time any candidate had not attended their question and answer session for the voters, and once again they were not disappointed as all three candidates took to the stage in front of the altar.

During the course of the evening, both Matt and Hayley had traded minor blows with Linda, whilst taking care not to attack each other or their prospective voters. Matt had warned Hayley in advance that he would plug the tactical voting line, as her supporters had been dutifully doing online, but that he would save that for his closing remarks.

He had spent much of the day rehearsing his final statement with Alex until he could recite it word for word. He wanted it to sound casual and friendly, speaking to them as individuals, and wanted to do it without notes. He was certainly not prepared for having to tear up his closing speech and rewrite it on the hop when Linda, true to the character Hayley had painted for Matt, saved her most vicious attack for the end of the evening.

“Earlier this week,” Linda began, “the Liberal Democrat candidate attempted to commit suicide.” She paused for effect, allowing an audible gasp to echo around the church hall. Matt forced himself to keep a clear, emotionless expression as he listened to Linda trash his reputation on the eve of the election.

“Now you could not know that because for some reason the local media have decided not to report the fact,” she continued, “but as a community-spirited individual, I felt you had a right to know. He will probably deny it, or if he admits it, he will probably tell you it is not an issue, that many people have gone through ‘difficult phases’ and come out the other side. But as a medical professional, I saw cases like Mr Tyler’s all too often, and I would question the suitability of someone who is mentally unstable representing you in parliament.”

Linda paused again, allowing a wicked smile to take over her mouth as she allowed her words to sink in to the gathered crowd. “After all, how can he stand up for you in Westminster if he cannot even stand on his own two feet? If you want real strength and stability,” she concluded, “your only option is to vote for me, your Conservative candidate, on Thursday.”

Matt tried his very best to maintain a dignified composure as Linda sat down. He looked out at the audience, some applauding enthusiastically, others still visibly stunned at his opponent’s statement.

Fighting back his anger, he strained to hear the moderator introduce him. Hayley shifted nervously in her seat, the ruffle of her skirt dragging against the hard, black plastic further drawing Matt’s attention away. What he didn’t see, even out of the corner of his eye, was that she had leaned over towards him.

She gently squeezed the back of his hand and softly whispered into his ear, “don’t let the bitch beat you.”

As he was about to stand up and make his own closing remarks, he felt his smartwatch vibrate against the table. He flicked his wrist and a simple message popped up from Alex: “Own it!” He smiled as he took to his feet.

“Thank you, Dr Fuller, for displaying so vividly what ‘compassionate conservatism’ means in 2019,” he said with an emphatic air of sarcasm in his voice. “And no, for the benefit of everyone else in the room, I’m not going to deny it. Earlier this week, I stood on the edge of Pons Carn and was fully prepared to jump off.”

He took a deep breath, steadying his nerves and carefully preparing his rebuttal in his mind. Fortunately, when it came to matters of mental health, he did not need any notes.

“But I should like to give you some advice for free, Dr Fuller,” he continued, turning to face his opponent. “By all means, you may attempt to discredit me. We are both in politics and it is, after all, part of the game. But when you seek to discredit me by using outdated pejorative terms like ‘mentally unstable’, what you are in fact doing is insulting one-quarter of your constituents. You are insulting one-quarter of your fellow countrymen and women. And as a medical professional, you should know better.”

Matt turned his attention back to his potential constituents, picturing them not as voters but as students on one of the many mental health awareness courses he had delivered across the country.

“Yes, I developed depression following the breakdown of my marriage. I’m not the first and I won’t be the last. I’m probably not even the only person in this room. All I am in reality is a statistic. Nothing more or less important than a statistic. Around one in every four women and one in every eight men will be diagnosed with depression in their lifetime. And the support they are offered from our NHS is virtually non-existent.

“Now what does that tell you, Dr Fuller?” He motioned at his opponent to make it clear he was addressing her, but kept his body firmly facing the audience. “Because it tells me one thing and one thing only: your government has failed! Your government has failed me and it has failed thousands upon thousands of people up and down the country. When three times as many people die by suicide than in road traffic accidents, when suicide is the leading cause of death among those aged 10 to 34, and when more than 15 people are taking their own lives every day, it tells me your government has failed. And as a medical professional, someone who once dedicated her life to saving other people’s lives, you come here and defend that government? You should hang your head in shame!”

Linda stared back at Matt, her eyes inflamed with anger but displaying no hint of remorse. Matt waited for an enthusiastic applause to die down before heading towards his conclusion.

“The Liberal Democrats have a plan to ensure parity between physical and mental healthcare. We are unashamed to admit that it will mean raising taxes by an extra penny in the pound, because what that extra penny will mean in reality is more support to those who need it the most, before it is too late.

Matt turned to Hayley, placing his hand on her shoulder and smiling. She returned the smile, blushing.

“It would be disingenuous to deny that Labour have a fantastic candidate in Hayley-Ann Reid” he said, making her blush more, “and I can see a bright future in politics for her. But up and down the country, people are making clear their intentions to vote tactically against the Tories, and if you want a real, progressive alternative here in South West Carn, if you want to ensure that Johnson and Co are denied a majority to push their damaging manifesto through the House of Commons, your only option is to vote for the Liberal Democrats.”

Matt resumed his seat as another enthusiastic round of applause rang out from the audience. One by one, stunned faces were replaced by smiles and supportive gestures.

This was it, he thought to himself, his last chance to convince people he was the right choice to be their next member of parliament. All he could do now was galvanise his campaign team to reach out to supporters on polling day, then wait for the votes to be counted.