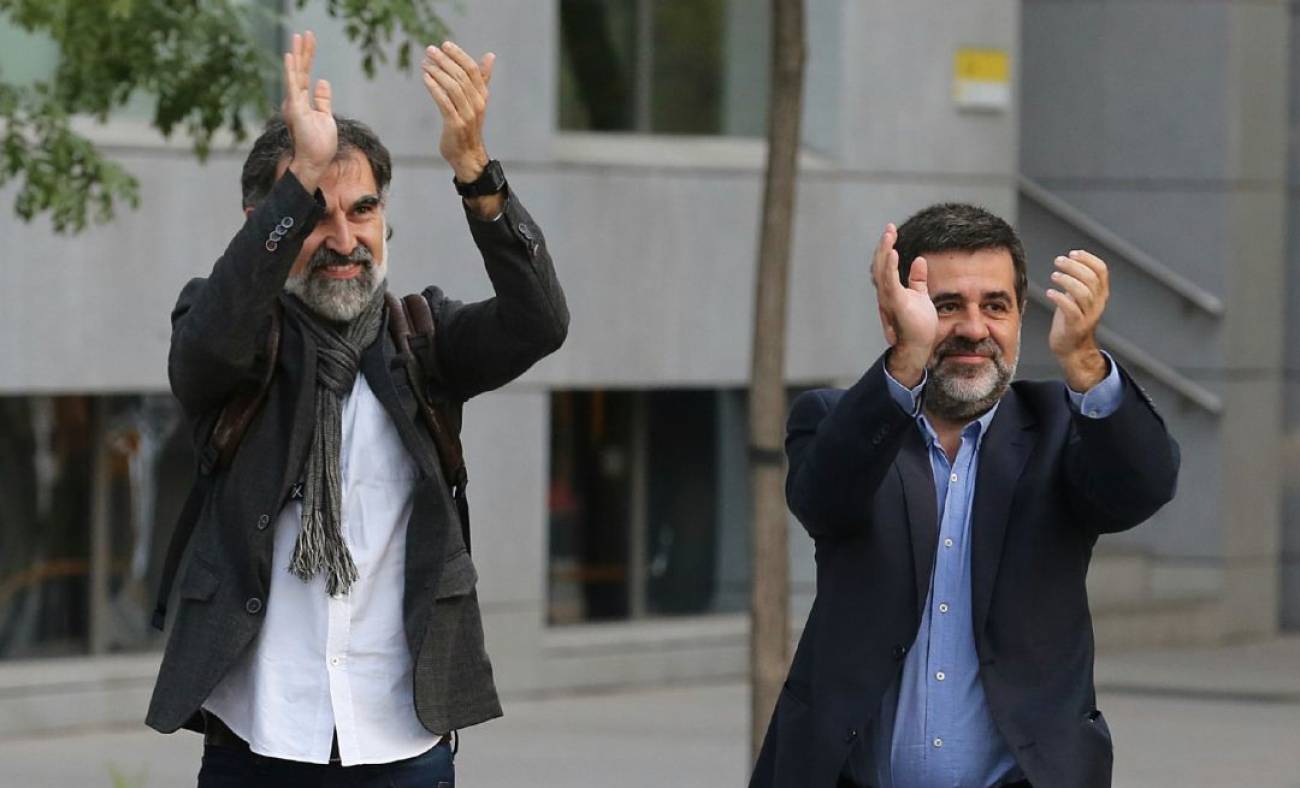 The organisation has repeatedly pointed our that if protesters were called on 20 and 21 September 2017 with the aim of preventing a lawful police operation, this could be subject to criminal charges. However, the response by the authorities cannot entail an excessive and disproportionate restriction of human rights such as the right to expression and peaceful assembly. Amnesty International has already expressed concern about the nature of the criminal offences – rebellion or sedition – of those accused. For this reason Amnesty International demands that Jordi Sànchez and Jordi Cuixart are released on bail.

Additional information
Jordi Sànchez and Jordi Cuixart, as private citizens and presidents of civil society organisations at the time of the events which are being tried, had the right to organise and promote peaceful meetings in support of the referendum and of the independence of Catalonia. Although international human rights law allows States to impose some restrictions on the right to freedom of expression for certain legitimate purposes, such as to protect public order or national security, the authorities must show that these restrictions are necessary and proportional to the pursued objective, something which has not happened in this case.

Furthermore, according to international law, restrictions of freedom of expression “to execute its protective function […] must be the least intrusive instrument of those which achieve the desired objective”. This requirement of proportionality implies that criminal sanctions, in particular those which lead to deprivation of liberty, may constitute a disproportionate restriction on the right to peaceful assembly and expression. For this reason, the presentation of serious criminal charges against members of civil society which organise and promote this type of assembly is an excessive and disproportionate measure.

The case of former senior officials and the monitoring of the trial
Amnesty International demands that, in accordance with international standards, the provisional detention of the former senior Catalan officials is also submitted to judicial review. This request does not imply, in any case, an assessment of their criminal responsibility.

The organisation has observed all of the trial sessions held in the Supreme Court in Madrid. This observation work is regular in the organisation’s work, and usually develops in different countries and situations.

Until the judgement is issued, Amnesty International will not make public its assessment of the trial.