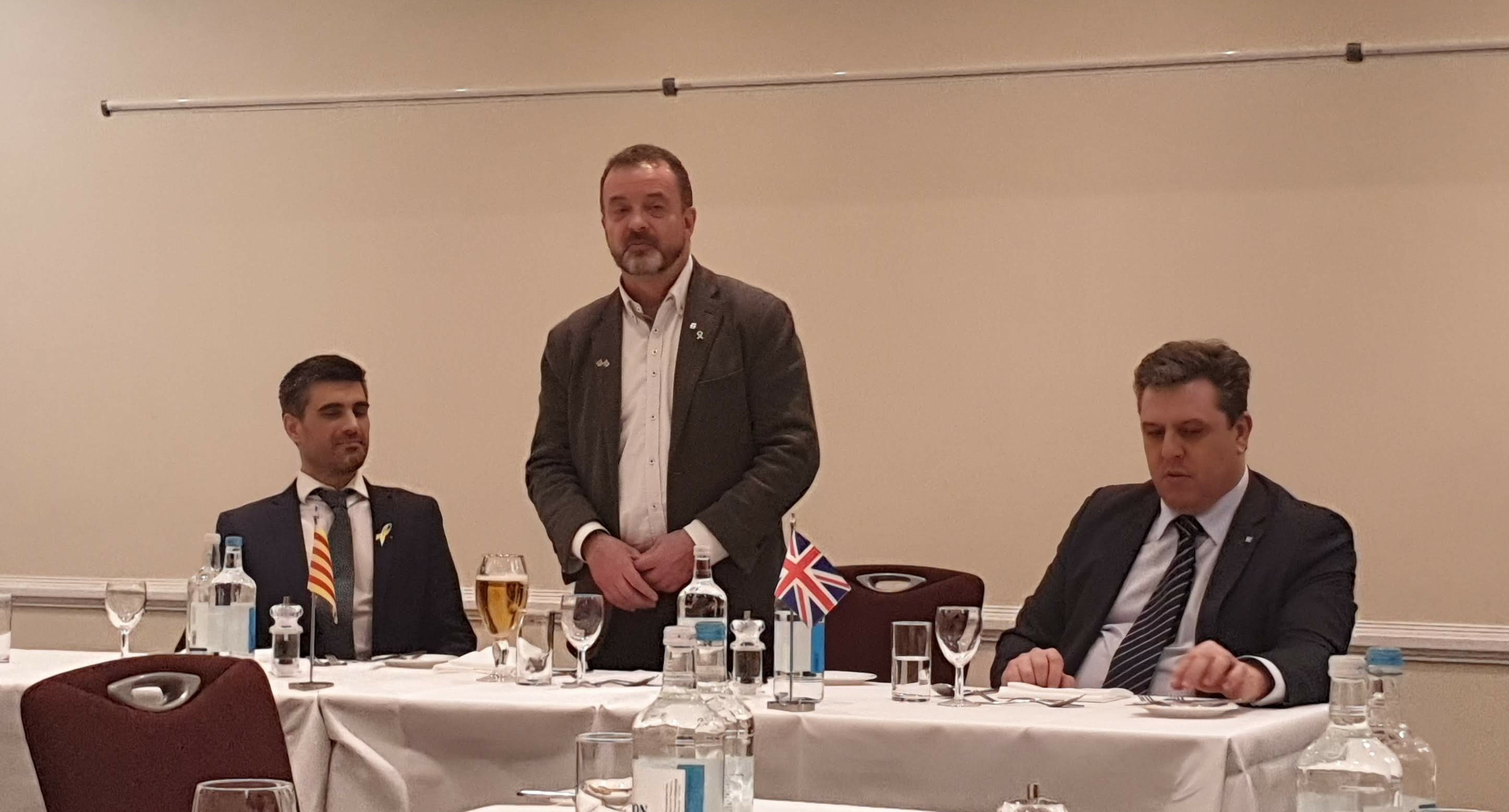 Over time, as the blogger began to attract a modest following on Twitter (knocking on the door of 2,500 at last count), the politician’s importance exploded. When he was replaced as mayoral candidate by the then Catalan Foreign Affairs minister, he himself was offered, and accepted, the prestigious role in the Catalan Government.

Most recently, however, on 13 January, just over two weeks ago, the blogger posted a photograph of a bolognese and rice dinner he had cooked, overloading the plate with more food than would be considered either normal or healthy. The politician, for reasons only known to himself and having ignored many photos the blogger had posted of political demonstrations and cultural sites in the politician’s home country (including a collection taken from inside the seat of the Catalan Government itself), joined just 10 other people and liked this photo.

He had form: the politician had previously liked the blogger’s photo of a “small” cod and chips barely fitting onto a normal-sized dinner plate.

But this latest interaction was the most serendipitous. For within 15 days of the photo being posted, the politician would be sharing a meal with a small group of Catalans resident in the blogger’s home country.

Some would call it fate. Others, a mere coincidence. The blogger only had one thought on his mind: if this politician liked the photos of his food so much, he could not pass up the opportunity to dine with him.

And so it was this evening that I took the hour-and-a-bit journey from my home in Gillingham to the Hilton London Euston for the Catalans UK dinner-talk with the Catalan Minister of Foreign Action, Institutional Relations and Transparency, Alfred Bosch.

The food was, of course, everything you would expect from the Hilton. Except the starter was essentially a bowl of onions with some sauce drizzled over the top (I’m sure it was probably meant to be a kind of soup, but the taste of onions meant I barely got through half the bowl), and the main course was salmon (the above-mentioned cod and chips aside, I cannot stand the taste of fish), so only managed to make my way through the side of potatoes which hadn’t come into contact with the former aquatic being. The profiteroles, however, were divine!

Rather fortuitously for a fussy eater such as myself, my primary reason for spending the evening in London was not to sample its culinary delights, but instead to listen to Sr. Bosch.

Unfortunately for this post, I was listening so hard, I was not able to contemporaneously note what he was seeing. Sr. Bosch was, as you would expect, speaking in Catalan, addressing as he was a room full of expats. I have no quarrel with that. Everyone else in the room could understand it perfectly; I was, as I often find myself, the outsider – and I had gone there specifically to hear him speak in Catalan.

Sr. Bosch spoke about many inter-related topics, including Catalan independence, the scourge of nationalism and the far-right, and, briefly, Brexit, and some of his views were fascinating and interesting to hear. Those which I understood.

You see, more importantly than learning about what Sr. Bosch had to say about the state of Catalan politics in 2019, I learned something extremely important about myself.

I have been studying Catalan for almost four years. I have been listening to Catalunya Radio on the drive to work in the morning and watching TV3 of an evening (with subtitles wherever possible). I have been listening to some of the most talented Catalan artists, such as Ebri Knight, Gemma Humet, Lax’n’Busto and Obeses, among others (I have a playlist dedicated to Catalan music for when I’m driving, in the shower or otherwise in the mood for education through musical entertainment).

But what I have failed to do, most importantly of all, is to talk it. I preach for hours on end as a Time to Change Champion and mental health awareness instructor of how important communication is when it comes to understanding more about mental health. But the same is equally as true when it comes to language learning. It is only by using the language in conversation that we truly learn it. And that is what I have had decidedly limited opportunity to do. And no matter how useful apps such as HelloTalk have been, there is a marked difference between typing and talking.

I can read a newspaper article or follow a Twitter thread with only an occasional glance at the dictionary, and even tweet or write articles in Catalan myself (grammatical errors aside). But I struggle to follow conversation in a room full of people – and the verbal diarrhoea which follows my painful attempts to construct a different sentence is frankly embarrassing. I appreciate the compliments I receive when I do try (the Katalonski tweet was particularly uplifting, although I won’t admit how many takes it took me to get that video right!), but I know deep down it is not good enough to sustain a conversation and I need to do better.

I don’t believe in New Year’s Resolutions, particularly those made at the end of January, but I’m going to make one today. I will endeavour to attend at least one event at which Catalan is the predominant language each and every single month and force myself into further embarrassing attempts at speaking the most beautiful language in the world, before it’s too late to achieve the fluency I want and need.

Digression aside, this article was clearly written as much to entertain as to inform (in my own unique style), and some elements may have been exaggerated for entertainment purposes, but I would reiterate that it was a genuine pleasure to be welcomed at the Catalans UK dinner this evening and to listen to the wise words of Sr. Bosch – and I’m very much looking forward to hearing more tomorrow evening, when he joins Aamer Anwar, Clara Ponsati and José Ignacio Torreblanca at the LSE.

For now, though, I’m going to sleep off the last of the white wine before I have to start thinking about scraping the ice off my car once again for the much shorter trek to work in the morning!