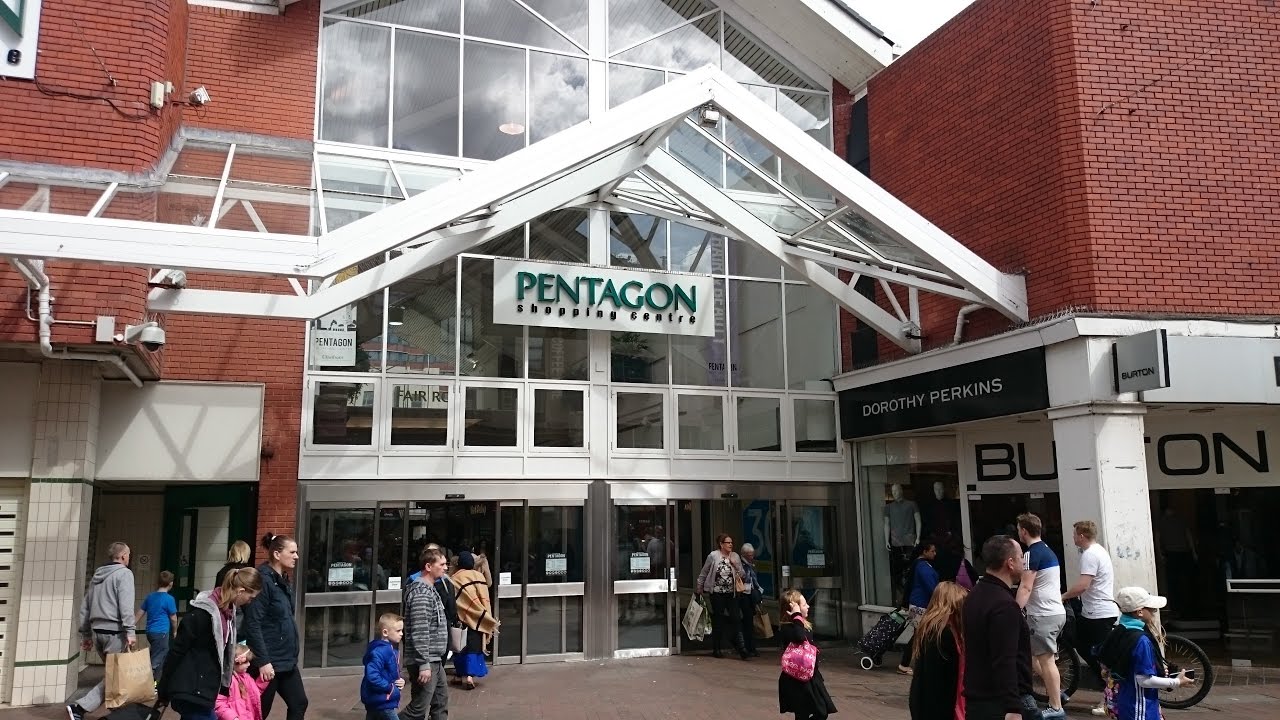 Those intrepid investigators over at The Political Medway had the scoop last night that Medway Council are set to purchase the Pentagon Centre for up to £45 million.

The devil in these kinds of acquisitions is, as they say, in the detail. And while the public have been made aware of the proposed purchase and the budget to be set aside via an agenda item for next week’s council meeting, as the capital purchase must be approved by full council, the public report barely covers four sides of A4.

The detail is hidden in a report which was considered at Tuesday’s secretive cabinet meeting, circulated among all councillors to provide them with a full background of the proposed purchase to allow them to make an informed decision next Thursday.

The confidential report would have provided councillors with detailed analysis of the property they are proposing to acquire, both in terms of its structural viability and potential investment return. The report would also have set out how much of the £45m budget is actually being paid to Chatham LLP for purchasing the head lease and adjoining properties, and how much is set aside for other costs related to the purchase, such as legal fees.

Medway are not the only local authority engaged in High Street property purchases. Last year, North Somerset Council purchased the Sovereign Shopping Centre in Weston-super-Mare in a partnership with Legal & General. In that deal, the local authority will rent the mall from Legal & General for 35 years (paying a total rent over the term of at least £25m) but keep 60% of the building’s income. At the end of the 35 years, ownership of the building will revert to the council.

Similarly, Gravesham Borough Council entered a complex partnership with Reef Group to redevelop the St George’s Shopping Centre in Gravesend. The council own the freehold to the mall, while Aviva are purchasing a lease of the premises for £15m. This is then to be sublet back to the council, with Gravesham having the option to buy the leasehold back for £1 after 50 years.

The exact cost of Medway Council’s proposed acquisition together with any applicable financing arrangements is, by necessity, confidential at this stage. Negotiations with Chatham LLP are ongoing, and publication of any of the financial information could jeopardise the acquisition.

Nevertheless, this purchase appears on the face of it to be eminently sensible, where Medway Council are keen to facilitate the regeneration of Chatham town centre.

Mountbatten House, the empty office block stood atop the Pentagon Centre, is sublet to Mapeley Gamma, who are in receivership. Medway Council would not receive the controlling interest in Mountbatten House as part of this proposed acquisition. However, as the freeholder, their authority must be sought for any significant development.

The council do, though, own the separate freehold to the Brook Multi-Storey Car Park, and by taking ownership of the Pentagon Centre, they are able to mould Chatham High Street’s focal point in whatever image they feel would benefit their regeneration best.

Indeed, Cllr Alan Jarrett, the Leader of Medway Council, said as much in his statement to The Political Medway:

“These potential acquisitions will enable us to piece together the jigsaw of these different projects to plan for a vibrant waterfront city centre for Medway. It would give us a real opportunity to create a blue print for a thriving Chatham where we can directly shape, invest in and improve what’s on offer in the town centre be it for retail, leisure, business or residential.”

In addition to the regeneration benefits, the public report also alludes to a financial benefit to the taxpayer, with a potential 2.69% investment return falling back into the council’s revenue budget.

On this return, Cllr Jarrett added:

“This investment makes sound financial sense with the opportunity to generate an annual income that can be ploughed back to support council finances and services for Medway residents.”

We await the eventual disclosure of the exact costs involved in this acquisition, together with the council’s plans to regenerate the struggling shopping centre to pull more shoppers into the town centre, but if done right, this investment could prove to be a crucial turning point for Chatham.