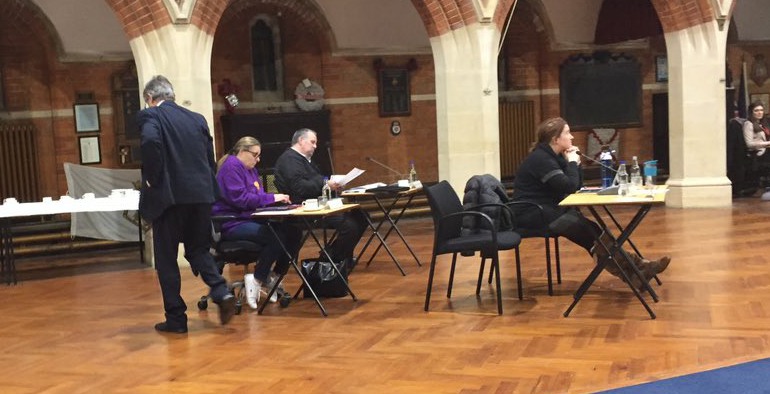 Cllr Freshwater is now walking out of the meeting in protest and says he won’t attend any further #MedwayCouncil meetings. pic.twitter.com/mJyyIsgQMF

Following the decision of Cllrs Sam Craven, Anne-Claire Howard and Mick Pendergast to resign from the Labour, Conservative and UKIP groups, respectively, and sit as independent members, the UKIP group lost its group status and all four councillors lost their respective rights to representation on the overview & scrutiny and decision-making committees.

After consultation with the Conservative and Labour group whips, council officers prepared a report for the full council’s approval, adjusting the political balance of the committees to reflect the new political make-up of the council and recommending that the seats the two groups were not entitled to remain vacant. An addendum report was hastily prepared following the sad death of Conservative Cllr David Carr, but the primary recommendation was the same.

Medway’s three independent councillors and last remaining UKIP councillor have, therefore, been stripped of their committee memberships at the behest of the Conservative and Labour groups, while twelve committee seats are left vacant until the local elections in May.

Whilst there is no requirement for the seats to be taken up where four members are sitting independently of each other, the establishment groups could have allowed the vacant seats to be offered to the independent members and at least continue a pretence that all opinions represented on the council were being listened to.

Instead, the Licensing & Safety Committee is losing the closest thing a council can call to an expert – a pub landlord – in Cllr Pendergast. There are unsubstantiated rumours Cllr Freshwater may also be missed from his committees, although I am still waiting for someone willing to come forward to verify those rumours.

Cllr Freshwater called Medway Council “a vicious place” after the new committee structures were approved and said he “will not be silenced”, before promptly storming out of the meeting vowing never to return.