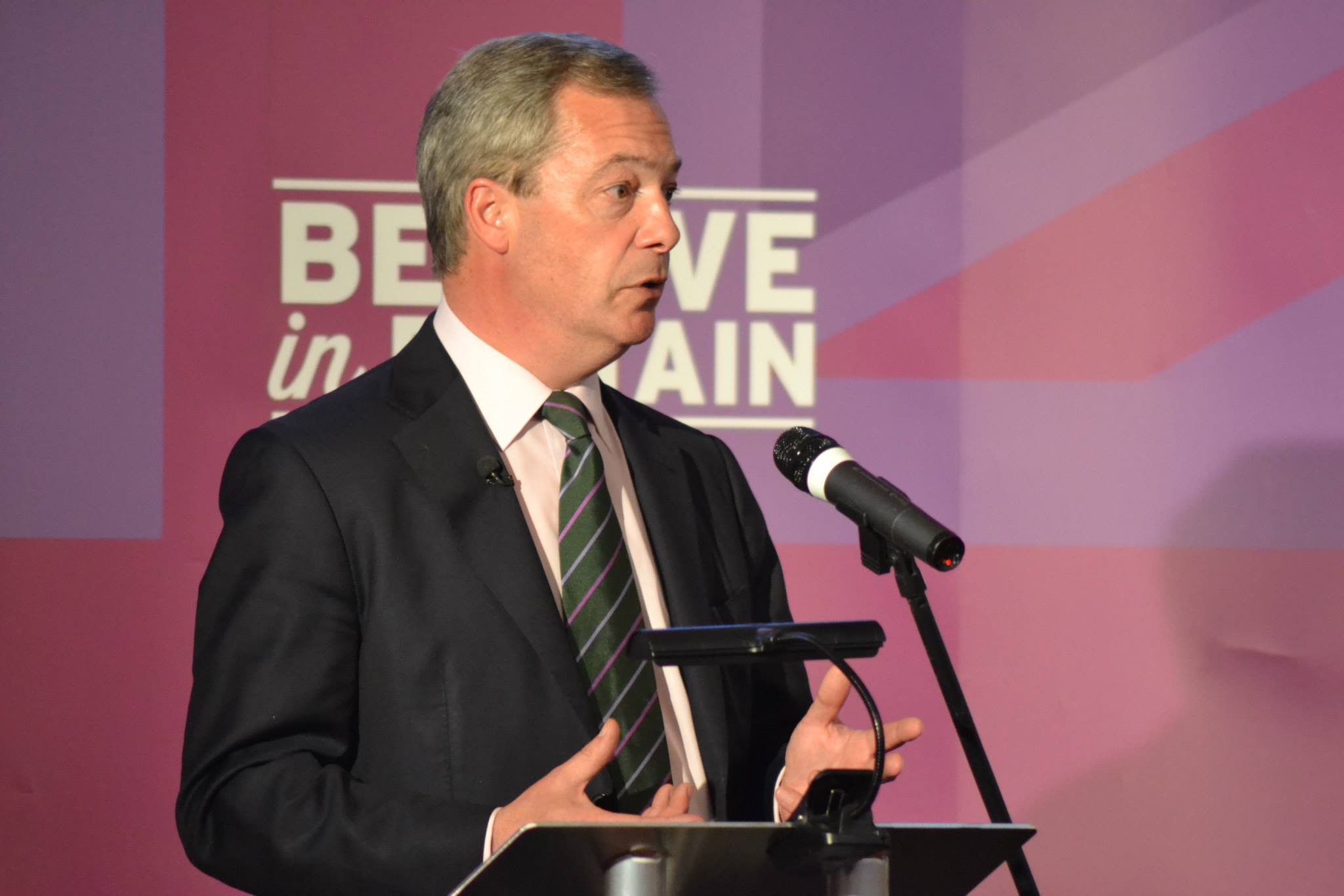 In what was billed as the first electoral test for Labour leader Jeremy Corbyn, the people of Oldham West and Royton went to the polls yesterday to choose the successor to the late Michael Meacher.

The veteran MP had served the constituency since 1970 and achieved a majority of over 14,000 in May; anything less than a resounding victory would have been a major blow to an already shaky Labour leadership.

The party’s fears during the campaign were, ultimately, unfounded, and Jim McMahon was returned victorious for Labour with an increased vote share. UKIP came a poor second and the Tories, with a meagre 9%, were the only other party to retain their deposit.

It seems that there may be questions to ask about irregularities in some of the postal votes – and if any wrongdoing took place then, for the sake of trust in democracy, it must be uncovered and the culprits brought to justice.

However, reading through the tweets from some UKIP members and supporters, you would be forgiven for thinking that postal votes cost the party the election, as toys were thrown out of prams left, right and centre:

@SkyNews a good proportion of Oldham are illiterate migrants, someone has to tell them how to vote.this is what will happen in referendum

Many of those raising objections now are the same as those behind #ThanetRigged, which claimed that the decision of the voters of South Thanet not to elect leader Nigel Farage was an establishment plot against UKIP, as comedian Al Murray alluded to this morning:

Do we see the ghost of #ThanetRigged this morning?

Of course, #ThanetRigged was somewhat overshadowed by Nigel Farage’s farcical resignation of the leadership and subsequent reversal – not to mention the slightly more important matter of a party of government increasing their number of seats so as to obtain an overall majority. Yesterday, however, was one by-election in one constituency, and the nation’s media were paying attention. Farage did not waste any time in stoking the anger amongst his party’s supporters, himself tweeting:

As a veteran of over thirty by-elections I have never seen such a perverse result. Serious questions need to be asked.

Evidence from an impeccable source that today's postal voting was bent.

I may have left UKIP when I moved from the UK, but I do still take a keen interest in the party’s fortunes and I am dismayed at what I have seen since the declaration of the result. From the very top downwards, complaints are being made left, right and centre about the way yesterday’s result was arrived at, while supporters are slapping each other on the back and agreeing with each other’s conspiracy theories. To each other, it may genuinely seem as though there is a broad consensus that something is wildly amiss, but to most detached observers, it often just seems as though the members are looking to blame the election loss on anybody but their own party.

Chris Irvine was once the UKIP Group’s leader on Medway Council, election agent for Mark Reckless when he stood as the UKIP candidate for Rochester and Strood and (for full transparency) my own election agent when I stood as a UKIP candidate for Rochester South and Horsted. When he and Reckless both lost their respective elected positions in May, he quietly stepped away from UKIP (while Reckless took on greater responsibility within the party), but the former councillor hit the nail firmly on the head this morning:

Do #ukip voices not realise complaining about "electoral fraud" and "dodgy postal votes" just sounds like #sourgrapes to the rest of us?

UKIP is very good at playing the victim, which undoubtedly motivates the troops but, frankly, does not give a good impression to anybody outside the bubble of the party’s membership and core supporters. There is too strong a tendency to blame electoral losses on external factors such as alleged criminal wrongdoing, an establishment plot against the party, etc., without a seemingly genuine examination of what the party itself got wrong.

It would have been unrealistic to have expected anything other than a Labour victory in Oldham West and Royton; they were, after all, defending a majority of 14,738, or 34.2%. In May, Michael Meacher was chosen by 54.8% of voters to represent them, compared to then-UKIP candidate Francis Arbour’s 20.6% second-place.

What the UKIP base cannot seem to understand, however, was that while the UKIP vote for candidate John Bickley rose by just under three percentage points to 23.4%, Labour’s new Member of Parliament saw his party’s vote increase by almost eight percentage points to 62.1%. While the majority yesterday was lower in terms of the number of votes at 10,722, as it was a by-election and attracted a lower turnout, the percentage majority had actually increased to 38.7%. On the same turnout as in May, that percentage would have equated to an almost 16,700-vote majority.

Taking the postal votes away may have reduced the scale of the victory, but the Labour would still have won the seat.

So what went wrong for UKIP? Well, I am not denying that there was not an element of voting irregularity going on simply because I do not know the facts any more than the majority of those supporters who have been jumping up and down on their keyboards. I do agree that a thorough investigation should take place to either confirm that there were no criminal actions relating the the election or prosecute anyone who may have committed a criminal act.

However, what the party should really be focusing on is not what may or may not have been conducted by anyone else, but how the party can reach beyond its core support and attract the votes needed to turn it from a protest party into a serious contender across the country. People like Deputy Chairman Suzanne Evans and Director of Policy Development Mark Reckless are crucial in transforming the fortunes of UKIP. Evans took the first important steps in the wake of the Oldham West and Royton result by recognising earlier today that “we must rise to the challenge of continuing to [sic] broadening our support” and “focus on what we can do next time, rather than risk just sounding like bad losers”:

Sadly, whilst scrolling through Twitter this morning I was met almost exclusively by sore losers. Those who would rather complain about the result rather than discuss what needs to change in order to build greater support need to wake up to reality: sore losers do not become future victors, they only generate future disappointment. If UKIP members genuinely want to change the direction of the country, they first need to play their own part in changing the direction – and public perception – of their party.

To those outside the UKIP bubble, they should appear to be a strong, principled political force with a broad support base and policies which resonate with the wider public. Today, however, they just appear to be little more than sore losers, and failure to recognise that will only hamper the party’s chances of electoral success in the future.