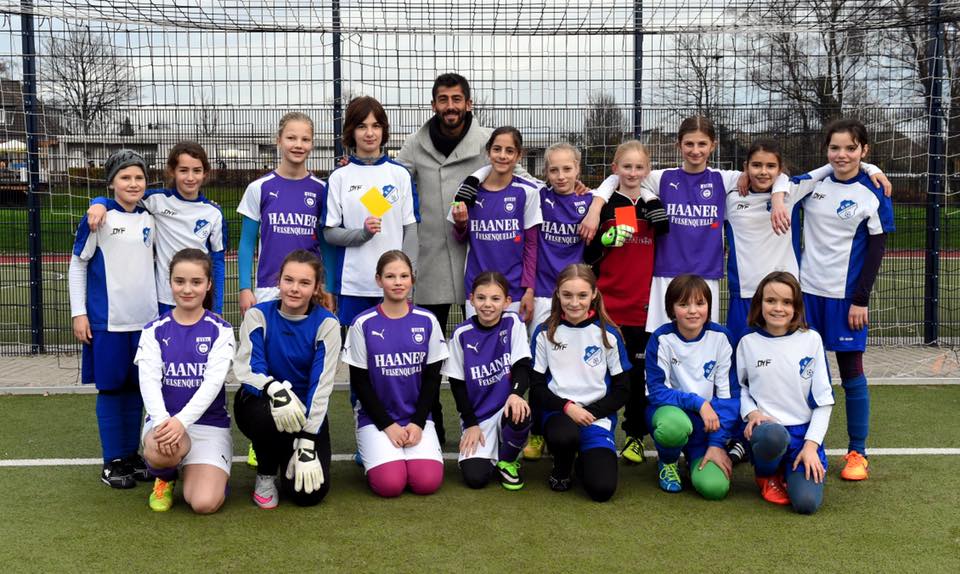 A German footballer was forced to officiate a girls’ football match by his own club after making a sexist remark to a female referee.

It may seem like an unusual punishment, but that is exactly what Kerem Demirbay of 2. Bundesliga team Fortuna Düsseldorf was ordered to do for making the inappropriate comment.

22 year-old Demirbay was shown a second yellow card by female referee Bibiana Steinhaus after scoring both goals in his side’s 2-1 victory against FSV Frankfurt on 29 November. In frustration, he fumed that women have no place in men’s football.

The Deutscher Fußball-Bund (the German football association) is still deciding on an appropriate sanction for the remark, but Fortuna Düsseldorf wasted no time in levying a fine before coming up with the additional punishment.

Yesterday the club posted five photographs to their Facebook page of Demirbay refereeing a girls’ youth league fixture between Haan 06 and Langenfeld. It was accompanied by the caption “this is what happens when young players make mistakes”.

The midfielder apologised for his remark on Facebook, saying “I am extremely sorry for having said what I did to Ms Steinhaus. I should never have said this sentence and it does not reflect my image of women.”

Steinhaus, the first female referee in German professional football, is reported to have accepted a private apology from Demirbay.