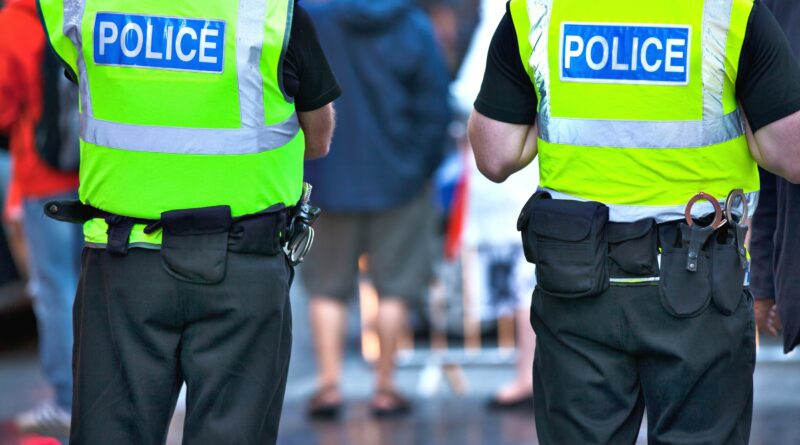 If I told you there was a country where 80 people were fined every day for “disrespecting authority”, you might think, or at least hope, I was referring to a far-flung dictatorship. Spoiler: I’m not.

According to Amnesty International, Spain, that great liberal democracy not 1,000 kilometres south of the UK, saw more than 40,000 fines issued under their controversial ley mordaza (gag law) between 2016 and 2019.

Distressing though that is, it couldn’t happen here, could it? After all, Spain is a relative newcomer to this democracy lark, only casting off the shackles of dictatorship following the death of Francisco Franco in 1975.

Well, you only need to look at the reason the gag law was introduced. The Spanish government, facing a crippled economy, introduced crushing austerity measures and people were rightly angry, so they protested. The introduction of draconian restrictions with devastating fines was brought about because these protests were causing the government embarrassment and inconvenience.

Step forward Priti Patel’s emergency Police, Crime, Sentencing and Courts Bill, introduced last week and due to be rushed through parliament this week. And while it is wide-ranging, make no mistake: the bill is designed, at least in part, to stifle protests.

Sure, the provisions relating to public order (including demonstrations) barely span 11 pages of a 307-page document, but, in the government’s own words, the legislation is designed to “widen the range of conditions that the police can impose on static protests” and “broaden the range of circumstances in which police may impose conditions on a protest”.

Yup, the police are being given extra powers to impose conditions (such as its size or location) on a protest. If the bill passes, conditions can be imposed based on the “noise generated by persons taking part” if it “may result in serious disruption to the activities of an organisation which are carried on in the vicinity”, or if the “noise generated by persons taking part … may have a relevant impact on persons in the vicinity”.

By the letter of the bill, this means the potential for a single passer-by being impacted by the noise of the protest could result in conditions being imposed. As Ian Dunt says in his excellent in-depth article, the new bill “aims its sights at the entire purpose of protest”. He continues:

The point of a demonstration is to be heard, to make an argument, to encourage others – whether they are people passing by, or workers in a company, or MPs in parliament – to hear the protestors’ point of view. In other words, to have an “impact”. This is why we call them ‘demonstrations’. It is a demonstration of a political view, expressed so that it can convince others. That is what makes it a vital part of free speech.

The government is effectively sticking duct tape over the mouths of protestors. They are requiring, quite literally, that they do not make noise. They are silencing them. The inability to be heard is now a precondition for being able to protest.

But surely freedom of expression is a fundamental right underpinned by the European Convention on Human Rights (ECHR), of which, regardless of whether the Tories like it or not, we are still a member? Surely the right to freedom of expression provided for in Article 10 trumps this legislation?

Those optimists who think that the European Court on Human Rights (ECtHR), which enforces the ECHR, will come to our aid might just be disappointed. Spain is also a member of the ECHR – and yet in November it was revealed that over one million fines had been issued under its freedom-expunging gag law totalling more than €560 million, according to Spanish newspaper Público. Spanish rapper Pablo Hasel is currently serving a prison sentence because he had the audacity to send tweets critical of the monarchy and police.

Under the ECHR, Spain and the UK are held to exactly the same standard. What is happening in Spain could easily happen in the UK under a government determined to peel back our freedoms, and this government seems determined, bit-by-bit, to do exactly that. The police bill is just another step along that path.

If you are angry at seeing the police confront women who were holding a peaceful vigil for Sarah Everard last night, you have every right to be. The police’s approach – whether they have sanctioned a protest or not – should always be proportionate. What happened last night was clearly anything but.

But if the government succeed in rushing through further restrictions on our right to protest – and with an 80-seat majority it would take a considerable backbench rebellion to stop them – the scenes witnessed last night could become increasingly common.

And the blame for that will lie with each and every member of parliament who decide to blindly follow the party line and vote in favour of it.

@stueybourne Where's Malcolm Tucker when you need him??

@_robertstokes_ Hmm, yes, I'm sure the Chief Executive of Medway Council will love being compared to one of the Mitchells 😅

That feeling when you forget you're the one chairing the meeting 🤦‍♂️ #MedwayCouncil pic.twitter.com/IX9Jif7qyR

@MedwayPolitics Two suits are better than none 🤷‍♂️

@MedwayPolitics It's cold in that thar building?

@MedwayPolitics Loves the sound of his own voice, that one...

Can confirm this is worth subscribing to - and if you can afford the small monthly cost, the paid subscription is equally worth it to help @Ed_Jennings keep it going #NotAnAd #JustAFan twitter.com/MedwayPolitics…

Joke's on you, though pic.twitter.com/brG3CkO37n

Apparently the COVID-19 app does still work. First time I've been "pinged" in over a year. I was beginning to think it was only there to look pretty...

In the UK, we accept that everyone is entitled to legal representation, regardless of the alleged offence & though we might not always understand how someone could defend an alleged criminal, we respect them for it. In Spain, apparently, such lawyers are fair game for insults 🤷 twitter.com/Tonignk/status…