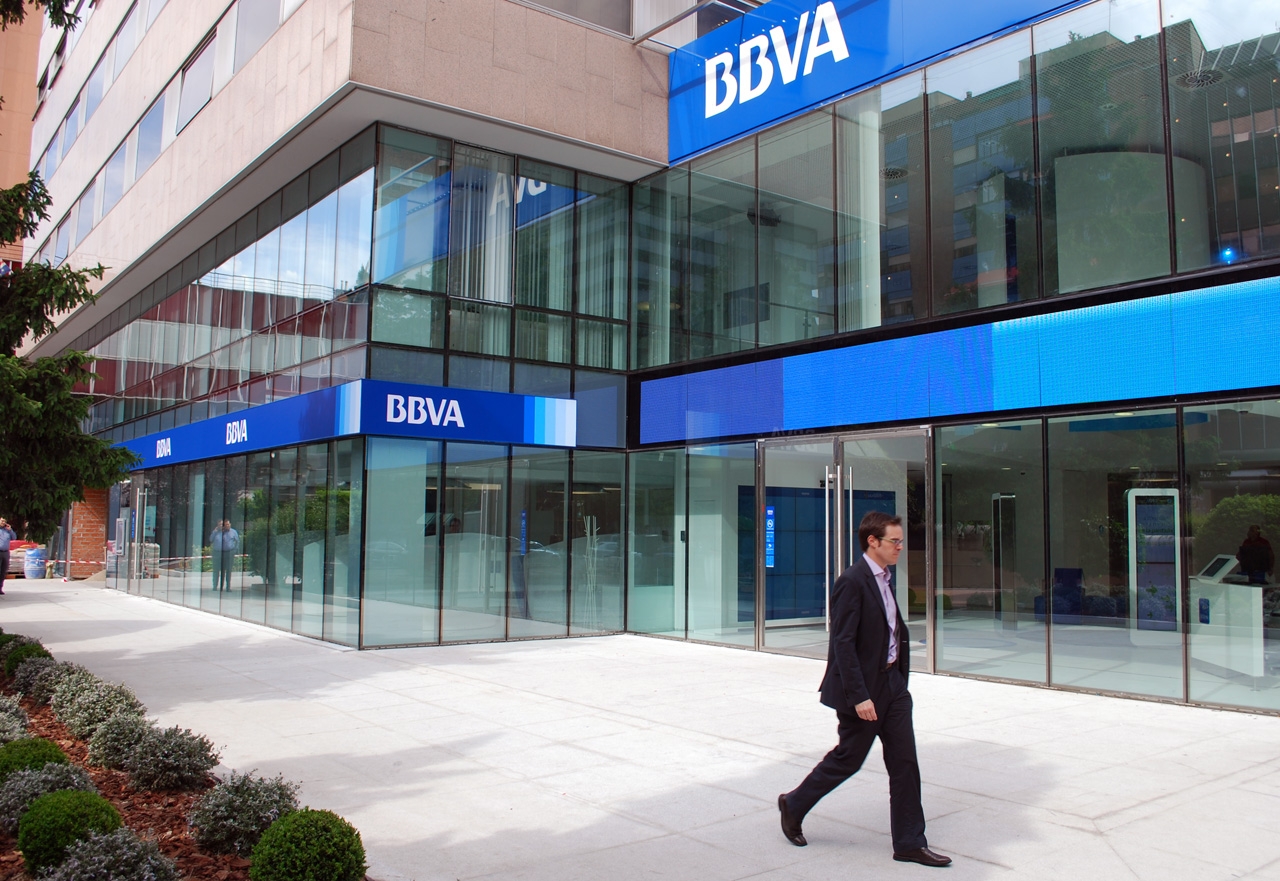 Last Sunday, I officially became a customer of Spanish super-bank BBVA. Many people will have heard of them, if not while realising that they are a bank, because they sponsor the top league in Spanish football (named, funnily enough, the Liga BBVA).

I would mention, before explaining exactly why this particular bank is about as useful as an inflatable dartboard, that I did not become a BBVA customer by choice. Until Sunday my Spanish banking services were provided by CatalunyaCaixa, an organisation which came highly recommended and with which I have never experienced any issues in the twelve months my account had been open.

On 8 September, however, my bank closed and the process of merging with BBVA began, with CX customers allegedly able to access their new accounts from 11 September. Now, I have a new account number (which no one has thought to advise me of) but I am supposed to be able to log in to BBVA’s online banking with the same login details as my CX online account. Yet when I tried online (and again on the app), the banking equivalent of Gandalf popped up on my screen and informed me (in three different languages): “you shall not pass!”.

The helpful suggestion from this not-so-great Gandalf was to try the “forgot your password” link, even though I clearly knew my CX login details – and had used them many times over the past year. However, where the wizard shall point, the mortal shall go, so off went I entering my username to reset my password – only to be informed my username was “incorrect”. Now I really knew they were taking the piss, so, as is traditional in the digital age, I took to Twitter to vent my frustration:

My bank in Spain @CXinfo has been subsumed by @BBVA_esp & now I can't access my online account! Doesn't even recognise my username!! Poor!!!

Now, I appreciated that BBVA’s Twitter support was primarily in Spanish (with some Catalan answers), so I approached them – in my imperfect Spanish – looking for some help. The conversation was not entirely productive:

END_OF_DOCUMENT_TOKEN_TO_BE_REPLACED

TRACEY CROUCH’S article on bank charges (Our Woman in Westminster, Medway Messenger, April 6) hit the nail on the head.

While it is important people keep track of their finances, when an out-of-character slip occurs the first thought crossing the banks’ minds seems to be how much money they can make from it.

In November, 2010, I had one such slip myself, where a debit card transaction took me 3p into an unauthorised overdraft.

My bank, not publicly owned, then decided to hit me with a double whammy of charges: £5 for completing the transaction and £25 for the unauthorised overdraft.

As far as disproportionate charges go, 100,000% of the offending amount can only be described as legal loan sharking!

Needless to say, I wrote to the bank pointing this fact out and received what can only be described as a patronising response from the said bank, though, to their credit, they agreed to waive the charges.

Meanwhile, a friend of mine recently faced a £12 charge from their credit card provider for going over their credit limit by 13p – a disproportionate charge of around 10,000%.

Residents across Medway are struggling with varying levels of personal debt, and disproportionate charges from banks are only making their finances harder to manage.

Blogger Alan W Collins has condemned the decision taken by NatWest to close it’s branch on the Watling stretch of the A2.

After news emerged that the bank would renege on its own “Customer Charter” and close “the last bank in town” in July, Alan wrote on his blog that “[t]he continued withdrawal of NatWest services has left me angry and disgusted”.

Local businesses and NatWest customers alike have rallied against the move, which the bank has defended, claiming that the decision could damage the local community, in particular putting businesses at risk by removing passing trade.

Alan said: “When banks such as NatWest’s parent had to be bought out during the banking crisis, they lost the trust their customers had invested in them. To return to a stable and affordable footing sufficient enough for the government to release its shares in the banks, they need to rebuild that trust to existing and potential customers.

“Keeping banks open even when they are “the last in town” is a noble promise, and one which is important not just to local residents who may be unable to easily travel to the next closest branch, and thus rely on that promise, but also to the local community itself, generating extra trade for local businesses and supporting the local economy.

“Breaking that promise also breaks the trust that customers had started to re-invest in those banks. It puts less mobile residents at a disadvantage and risks the viability of local businesses.

“NatWest cannot be forgiven for breaking their promise and putting the local economy, the local community, at risk!“