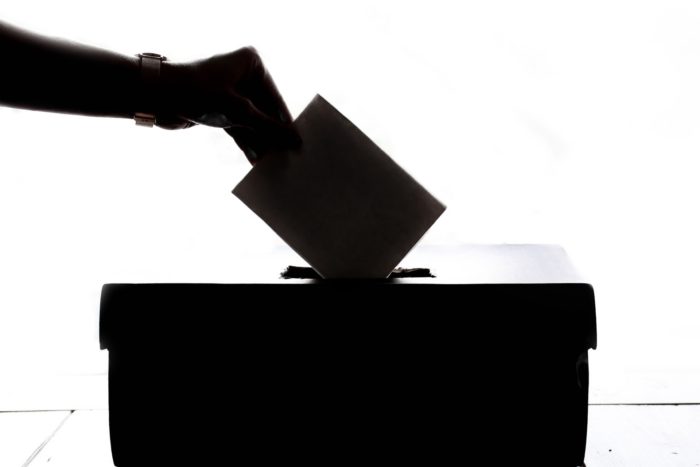 Some politicians argue that the most difficult part of an election campaign are the hustings. Debating with all of your opponents while questions are fired at you seemingly at random by members of the public interested enough in the political process to bother to turn up is always a nerve-wracking experience.

Other politicians, however, point to canvassing as being the tougher challenge. More intimate than hustings, going door-to-door in the constituency can be an eye-opening experience, for you can never be sure who you are likely to be greeted by. And when you are one-on-one with a constituent who disagrees with your party, or even a single policy, they seem to be more inclined to express their opinion in the relative privacy of their own doorstep than a public debate.

For Matt there was no contest. He would happily take six weeks of non-stop hustings over even five minutes of canvassing. Sure, he was very sociable and he enjoyed meeting new people, but when you turn up at a stranger’s house with a clipboard and a party rosette, it is not your own personality you are being judged on, but the party you are representing. No, he could handle debating other politicians with relative ease. What he could not handle was the unapologetic abuse had had experienced over thirteen years of campaigning. And yet, he kept coming back for more.

So it was on a wet November morning he and Alex paired up to meet the residents of South West Carn, armed with little more than a handful of leaflets, a clipboard and an abundance of baseless self-confidence.

END_OF_DOCUMENT_TOKEN_TO_BE_REPLACED

Alex was hammering so hard against the wood on the door to Matt’s flat that the blue paint had started to flake off, but still there was no answer from within.

It was 11 o’clock on another cold Sunday morning, and Matt had been due to lead the first day of canvassing. However, when the activists had started to arrive at 10 o’clock he was nowhere to be seen and Anastasia had dispatched Alex to find him while she organised the troops.

He had been banging on the door for almost five minutes and was growing increasingly concerned for Matt’s welfare. From across the hall, Matt’s neighbour had opened their front door a crack to watch, but did not venture outside to offer assistance.

END_OF_DOCUMENT_TOKEN_TO_BE_REPLACED

The bright November sun may have been beating down hard on Carn Harbour, but it was doing little to increase the temperature for the crowd of Liberal Democrat activists gathered around their candidate, listening intently to his rallying cry.

“We might be a small borough tucked away along the coast,” Matt yelled through a borrowed megaphone as he balanced tentatively on a box of leaflets in an embarrassing attempt to gain some height over the gathered faithful, “but for the next five weeks South West Carn will be a crucial battlefield in ensuring we elect a significant number of Liberal Democrat MPs to continue the fight against the political and economic disaster that is Brexit!”

The roar of the tide lashing against the rocks just a few meters away was proving a difficult distraction for Matt to overcome, and he stumbled over his lines more than once as his focus seemed to ebb and flow in time with the sea. However, he was determined to give a good impression to the people who would be pounding the streets on his behalf and instil in them confidence in his suitability to be a member of parliament. He was acutely aware that confidence in the candidate translated into confidence on the doorstep, and, knowing that for many of those assembled this was their first time meeting him, was determined to get his campaign off to the best possible start.

END_OF_DOCUMENT_TOKEN_TO_BE_REPLACED

The House of Commons roared with approval as the whip read the results of the division on the third reading of the Early Parliamentary General Election Bill. With noise ringing from both sides of the chamber, he passed a slip of paper to a clerk, who dutifully handed it to the speaker to confirm the results.

“Well that’s my Christmas fucked, then!” Matt said, turning to Alex and sighing.

“Oh, give over!” Alex replied, half-standing and leaning forward to pick up a glass of white wine from the coffee table. “It’s not as though you’ve got anything better to do.”

END_OF_DOCUMENT_TOKEN_TO_BE_REPLACED

Matthew Tyler is struggling with depression and alcoholism following a bitter divorce, when a snap general election is called. As a candidate in a marginal constituency, he must fight his demons to try to secure victory for him and his party. Can he find peace and happiness in the middle of a stressful election campaign? And can he stay focused when a surprising love interest emerges?

Election of Hope is not my first short story (novella?), but it is the first I have decided to publish. It is written to be both topical, and as a way of exploring a few important social issues. That said, it is meant to be for entertainment only and is not an attempt to persuade anyone which way they should vote on 12 December. No, really. There is plenty of material elsewhere on the internet for that!

Whilst I emphasise that the main protagonists are entirely fictional and not based in any way on any real people, as I said the story is designed to be topical. Not quite up-to-the-minute, but not far from it. Much of the main plot is already written, but in such a way that real events and policies of the present election campaign can be reflected upon during the course of the story.

I have also not decided how the story will end, and I will not be the one to decide that. Matthew’s constituency of South West Carn is fictional, but I have picked a real constituency at random from which to take Matthew’s election result. As there will undoubtedly be a delay between the results being declared and the final part being published, I am not going to name which constituency it is so as to not spoil the ending before it is even written. However, it is genuinely a marginal constituency with a single-digit percentage majority in 2017, so it could go either way. All will be revealed after 12 December…

I hope you enjoy reading this as much as I am enjoying writing it and, whilst it is published here for free, if you would like to show your appreciation for the work which has gone into it, you are more than welcome to do so here.

Barring any unforeseen delays, parts 1 to 8 will be published every day between 4 and 11 December, and this post will be updated as soon as possible afterwards with a link to the new content. Part 9 will be published on 13 December.

Delighted to see at least one ot Medway's three MPs on this list twitter.com/Jamie4North/st…

When I was younger I saw a TV drama about someone with a mental health problem who was taken in by a family. Her behaviour became more erratic, until they eventually kicked her out. She said "it's ok, everyone abandons me sooner or later". That line has always stuck with me 😢

@neilrpickles My masters is distance learning, and we've been told there will be no face-to-face sessions until after Christmas, at the earliest, which suits me just fine

@HaryMcormack198 Don't know enough about most of them to comment, but as a general rule of thumb it should be the clear will of the people following an informed debate and free & fair referendum

@MattDoy47854025 @KieDams @Jake_W_Roberts To be fair (*shudder*) that was also a Tory manifesto commitment in 2010, so there was little doubt that would make its way into the coalition agreement

@KieDams Yes!! I thought it was just me!

.@Wera_Hobhouse: "If you served in the coalition and describe yourself as centre-left, you must repudiate your involvement with that government" newstatesman.com/politics/uk/…

@josepgoded Dialogue only works when both sides are willing to compromise

@jordanhartley89 When you get to the point of being blocked by your former election agent, hmu 😜

@gardner_kye Tough one! Paul Merton is funnier, but Ian Hislop has a knack for knowing just what to say and when to say it

Ok, but if my hair looked even half as good as this in the morning I wouldn't be feeling quite so desperate to get it cut pic.twitter.com/b7uKN9pmeH