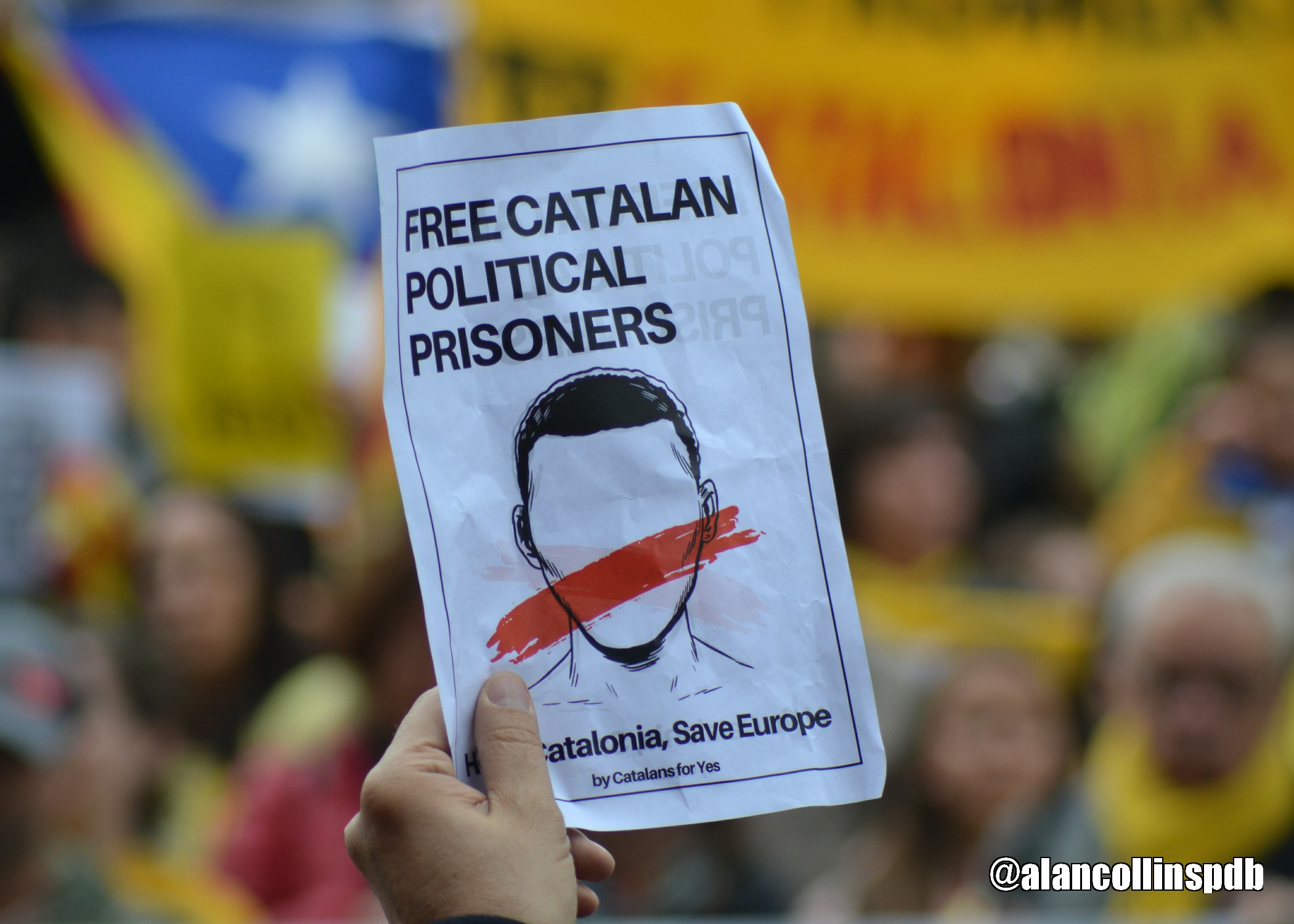 Yesterday, I went to the rally for Catalonia in London.

And I’m not entirely sure why.

I didn’t speak to anyone. I didn’t join in with the singing or the chanting. I only stood quietly in the background, taking several photos (and a couple of videos).

Of course, I enjoy taking photos on any occasion and political protests are very unique events to take photos of.

But now the topic of Catalonia is a difficult one for me.

I began following it closely after meeting my wife. As I’m sure I’ve mentioned once or twice before, she is Catalan, and she introduced me to the strength of the independence movement in Catalonia.

Three years ago, in 2015, we went to the protests in London and Barcelona for the National Day of Catalonia. They were very special days: she and I spent them with patriots from both here and there and I had found a new campaign for democracy to which I could offer my support.

But now, as I think has become apparent to most, my wife and I have separated.

The last two months have passed by very slowly. They’ve been difficult, they’ve been hard, and I’ve asked myself many times what I’ve done with my life – and where I want to go now that my marriage has collapsed.

I suppose that I attended the rally yesterday to prove that I will still defend democracy in Catalonia even though I have lost my biggest motivation for doing so.

Without a doubt, I will always support democracy and the right to decide for everybody, in any country in the world.

No, my motivation for going to London yesterday must be bigger than that.

While I will always support democracy and human rights, that alone is not enough to justify spending money I really don’t have to waste at the moment on going up to London for two hours.

I suppose – no, I’m sure – that I went to London yesterday to prove two things to myself.

Firstly, despite everything that has happened in the last few months, I still have the same passion for politics and the same desire to participate in relation to the causes which interest – and matter – to me the most.

And, secondly, that I am still alive (even though I still can’t help feeling a little dead inside) and so I have to find another way of moving forward with my life.

Yesterday, I abandoned my home and my town and allowed myself time to think while on the train and walking through the streets of London.

Now, I believe, I know where I am with my life. I have thought long and hard about the past (particularly the last four years) and I better understand now how I have become the man I am today.

What’s more, I understand where I want to go with my life.

I need to keep studying and working, without any bad influences, and, if I do so, I know that I will arrive at the place I want to be as soon as possible.

Yesterday, I attended the rally to give my support to the Catalans, to take (a lot of) photos and, above all, to rediscover myself.

Now, I have to move forwards – like everyone else – and find the future and the life that I want – and that I know I am destined to have.