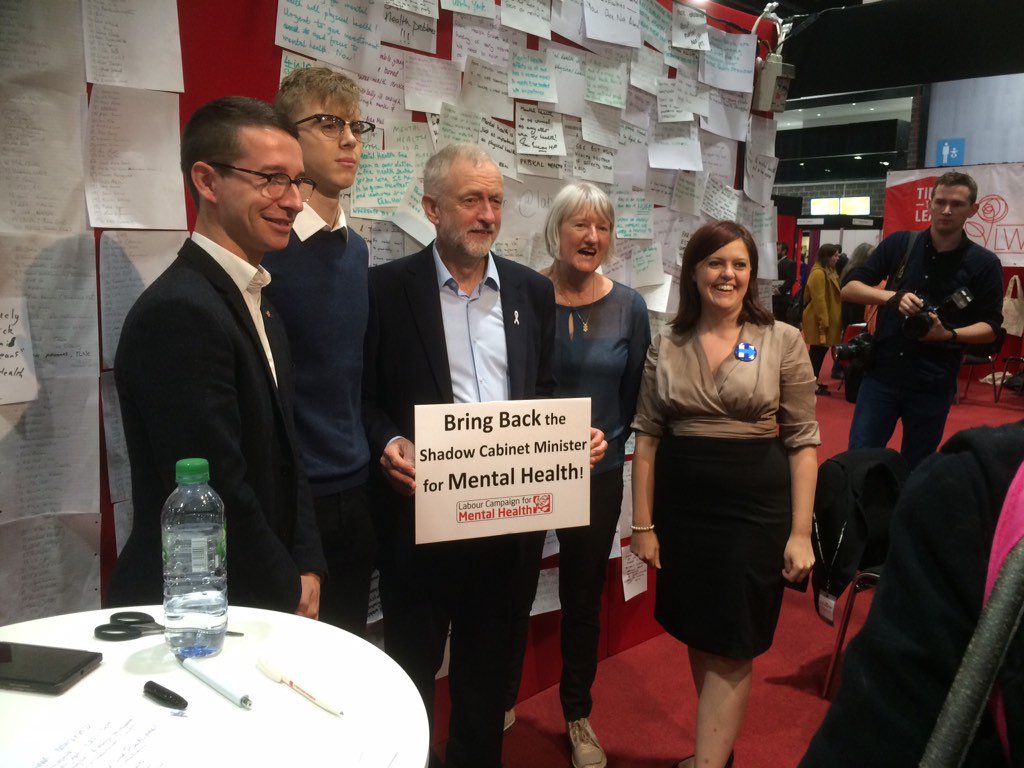 I don’t very often write posts attacking the Labour leadership – not because I don’t believe the many ludicrous policies of Corbyn & Co need to be opposed, but because the Parliamentary Labour Party (and many grassroots activists) seem to be doing a competent enough job of opposing the opposition themselves.

In this instance, though, given my ongoing campaign for equal status for mental health services, I will make an exception. Mr Corbyn was once also a vocal advocate of improvements to the way mental health problems are addressed. In February 2015, he told Parliament:

All of us can go through depression; all of us can go through those experiences. Every single one of us in this Chamber knows people who have gone through it, and has visited people who have been in institutions and have fully recovered and gone back to work and continued their normal life. I dream of the day when this country becomes as accepting of these problems as some Scandinavian countries are, where one Prime Minister was given six months off in order to recover from depression, rather than being hounded out of office as would have happened on so many other occasions.

We need greater and more effective assessment of the needs of mental health services across London, because there is still a stigma in some areas. Some communities and families are more able to come forward than others. We need to create an atmosphere in which people understand that we can all experience stress and that we all need help at some time in our lives, and the NHS must and should be there to provide that help when it is needed.

It was, therefore, pleasing to see Mr Corbyn appoint a Shadow Cabinet Minister for Mental Health in his first cabinet last September. However, the role was short-lived, with the portfolio being scrapped following the swathes of resignations in July.

That didn’t stop the newly (re-)elected leader from protesting against the decision to ditch the post at the Labour Party conference today.

Posing with campaigners for mental health, Mr Corbyn held a sign calling for the reintroduction of the Shadow Cabinet Minister for Mental Health.

The post he created himself and then abolished himself!