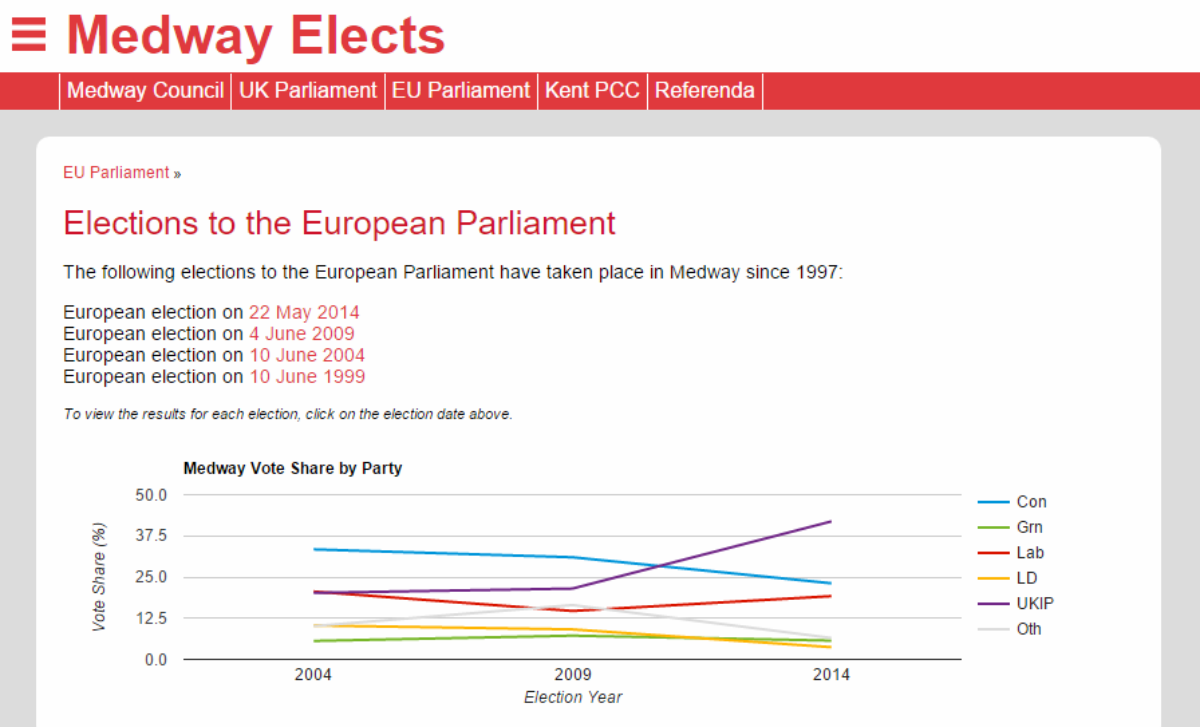 After a little over one month in maintenance mode, I am delighted to finally relaunch Medway Elects.

The window on democracy in Medway was originally born in April but the final design was rushed to ensure it was able to launch in time for the local and general elections in May. I acknowledged at the time that the layout was not “flash”, and I continued to have reservations about the look long after I published it.

I have since spent the past several months working on building a new site layout that was fresher and cleaner, whilst still sticking the the original objective of being simplistic. The design is fully-responsive to provide you with the best possible viewing experience based on the size of your screen.

In addition to the new design, I am unveiling a raft of new features, including:

Medway Council
Appointments to Cabinet and Committees;
Political Group Leaders, Deputy Leaders and Whips;
Terms of Office on Councillor and Ward pages; and
Voting history for every Councillor.

UK Parliament
Terms of Office on MP and Constituency pages.

NEW SECTION
EU Parliament
Election results since June 1999;
Every candidate for every party; and
Terms of Office on MEP pages.

NEW SECTION
Referenda
All referenda held in Medway since May 1997.

The process has taken longer than expected, not only because of the vast amount of increased data being added but also because I have had to significantly alter the code structure to be able to cope with all of the new features without crashing the site (as happened during early development tests!).

As I said when I launched Medway Elects in April – it is still not finished. I am continuing to explore additional improvements to the site – and if you have anything you would like to see added to it please do feel free to ask and I will see if it is possible.

Until then, you can explore the new Medway Elects in all its glorious political geekiness at www.medwayelects.co.uk.

P.S. A continued thank you to Jennings and Keevil of The Political Medway for their continued advice and assistance as I tried to create the most user-friendly design possible. I am sure that their Twitter harassment will never cease…