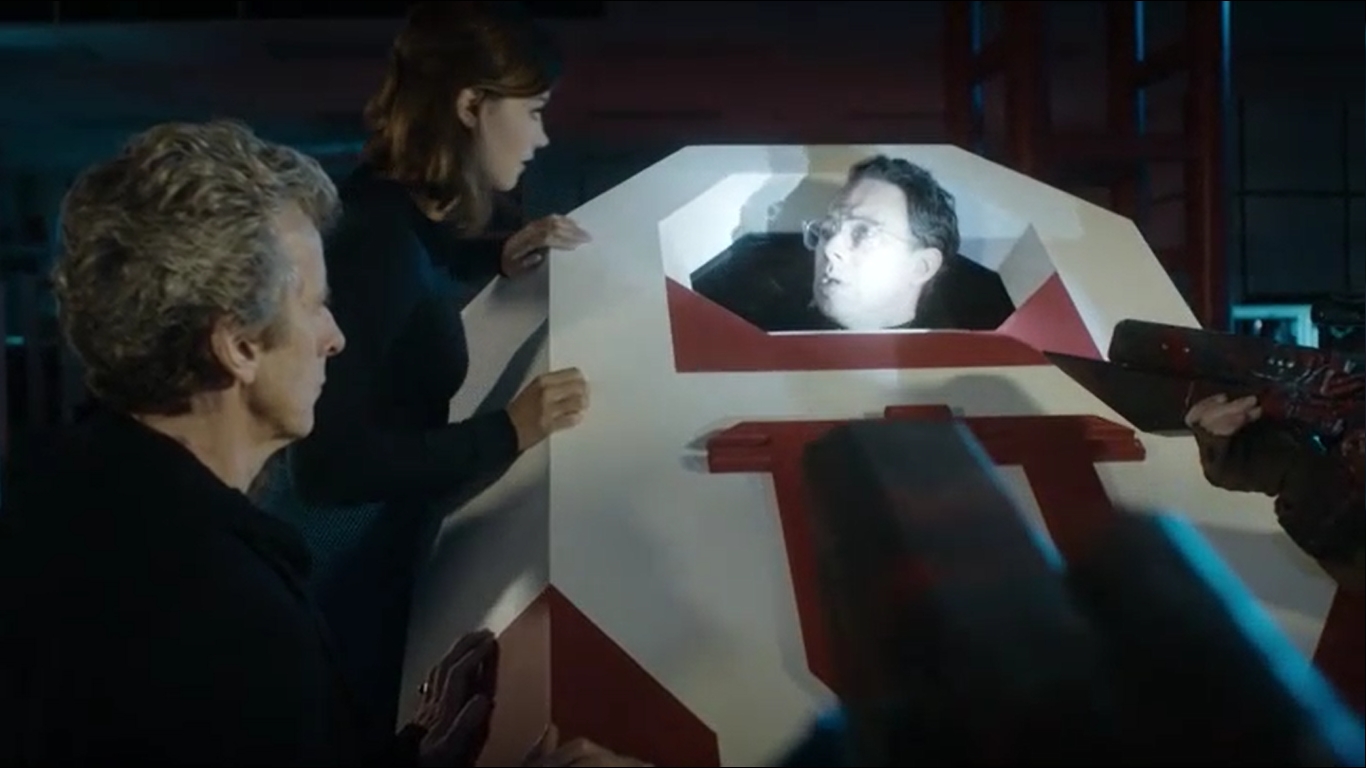 It was trailed as being, perhaps, the scariest episode of Series 9. Peter Capaldi said that he sensed that they “may have just generated a child’s nightmare”, adding that “there will be sleepless nights”. He wasn’t wrong, as thousands of Whovians spent Saturday night unable to sleep – until they had worked out exactly what they had just watched.

Having now had the opportunity to watch Sleep No More a couple of times, I still find myself scratching my head and wondering whether the thinking behind the episode was similar to that behind Rassmussen’s evil plan: to fool the viewer into thinking that there was something scary to tune into, when in fact it was all a clever ruse to perplex the army of devoted followers.

Don’t get me wrong, I did enjoy the episode. The previews from critics made me feel like I was in for disappointment, but the brave new format – featuring a “found footage” style and devoid of the opening titles that make every last Whovian squeal with excitement – coupled with a suitably creepy version of The
Chordette’s “Mr Sandman”, was cleverly and correctly applied to give this installment the desired chilling atmosphere. Justin Molotnikov deserves credit for turning a sub-standard script into another must-watch episode.

The basic premise was solid, and would undoubtedly have made for a strong story in the hands of a writer more qualified to tell it. Don’t get me wrong, Mark Gatiss is certainly capable of writing classic Doctor Who adventures – having recently introduced my Catalan fiancée to the series, we have been watching from the 2005 relaunch, where Gatiss-penned The Unquiet Dead stands out as one of the most memorable episodes – but Sleep No More will likely be remembered for the Doctor accurately summarising the episode in the minds of many confused viewers: “doesn’t make any sense, none of this makes any sense”.

Clara seems to have been relegated to a guest extra for these 45 minutes, greatly under-using the talents Jenna Coleman displayed to great effect as Clara/Zygella over the last two weeks. (I did, however, enjoy the perhaps unintended metaphor of Clara, the companion through whom we are supposed to see the Doctor, literally being our eyes on the Time Lord when she became one of the dust’s cameras.) Clara feels like she has come to the end of her useful life on the show, and one wonders just how much of an affect her ultimate departure will have on fans weary of a character who does not seem to have developed much since Last Christmas.

With the rescue crew appearing to be an afterthought, it was left to Capaldi and Reece Shearsmith to carry the episode. For Capaldi, being the Doctor now seems to be an effortless task, which he carries with just the right mix of fun and mystery. It is hard to imagine the same face was once that of Malcolm Tucker, the sweary anti-hero of the brilliant The Thick of It, although Doctor Who’s writers, including Gatiss, occasionally nod to this former personality with Tucker-esque lines (“Do I look like I’m kidding? Does this look like a kidding face?”). Shearsmith, no stranger to Doctor Who, having briefly played Patrick Troughton in the 2013 docu-drama surrounding the early days of the franchise, and seems to be a perfect fit for a Doctor Who villain.

The Sandmen – the “monsters” – were almost as big a disappointment as the script itself. They seem to be the perfect classic Who monster, and yet, for all the effort that was poured into this episode, they look as though they were designed in a last-minute panic. If they genuinely are the stuff of children’s nightmares, it must surely be for the way they were used in the episode rather than for their bland appearance. However, there is, perhaps, a loose link to the “hybrid” theme, particularly when considered from Shearsmith’s final dialogue.

I have tried to reveal little about the plot in this article, as I do genuinely believe that this episode is worth watching and I would not wish to spoil the fun for anyone reading this who has not yet seen it. However, enjoyment of Sleep No More is, I fear, in spite of the script, and not because of it. Gatiss has developed a brilliant concept, but the writing sadly lets us down, particularly when the 45 minutes conclude with us asking more questions than many of us are comfortable with. It seems like we are being led on to a sequel – a common occurrence this series – where all of our questions will be answered. When the story finishes, though, we learn that next week the Doctor and Clara are back in London, light years away from Triton and many centuries before the events of Sleep No More.

Gatiss has said that he has ideas for a sequel – where, perhaps, our questions may finally be answered – but until then (if “then” ever comes) we are left with that horrible feeling of dread and the uncomfortable realisation that should never descend over a viewer, casual and Whovian alike:

It doesn’t make any sense.