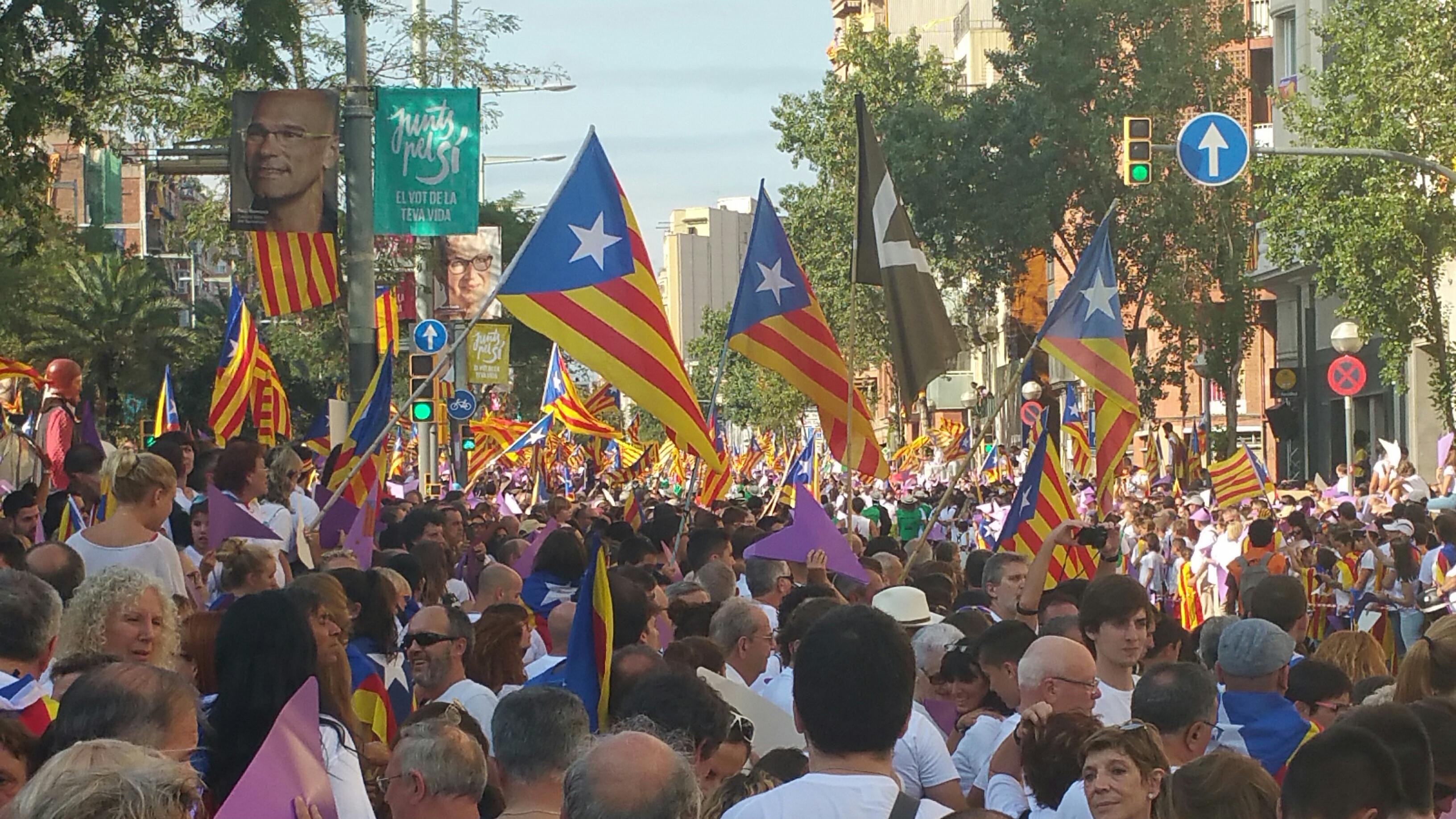 1.4 million catalans took to Barcelona’s Avinguda Meridiana today to demonstrate in support of independence for the region, according to police estimates.

11 September is the Diada Nacional de Catalunya, which commemorates the date in 1714 when Barcelona fell to the Bourbon King Felipe V and Catalunya lost its state of independence.

In recent years, the Diada has become an opportunity for supporters of independence, the number of whom has been growing as a result of both the financial crisis and the policies implemented by Spain’s ruling Partido Popular, to assert their right to decide their own future.

Today’s demonstration, called the Via Lliure, was designed to be symbolic of the way towards a free and fair Catalan Republic. 5.2 kilometers (3.2 miles) of La Meridiana were filled with hundreds of thousands of catalans, split into ten sections to represent the ten foundation pillars of the Catalan Republic. At 17.14, a giant yellow pointer started moving in the direction of the Generalitat, the Catalan Parliament.

As the pointer moved through each of the ten sections, the crowds raised their own colour pointers representing their foundation pillar: from democracy to regional stability, solidarity to the world, diversity to sustainability, equality to social justice, and innovation to culture and education.

The Via Lliure is the culmination of a number of events across the region, and around the world, which point towards elections to the Catalan Parliament taking place on 27 September. Political parties representing left and right have put their political differences aside to stand, together with prominent voices from civil society (including singer and campaigner Lluís Llach and former FC Barcelona manager Pep Guardiola), under the banner of Junts pel Sí (Together for Yes).

If Junts pel Sí win a majority of votes and seats on 27 September, they plan to set in motion the process of creating an independent Catalan Republic which, they claim, could be formed in as little as 18 months. However, such a move would be against the Spanish Constitution, which states that Spain is indivisible, and whichever government has power in Madrid following the national election in December is unlikely to allow Catalunya independence without a fight.

For now, supporters of independence have made the strength of their beliefs clear in la Meridiana but, according to the slogan, on 27 September on tot comença – it all starts!