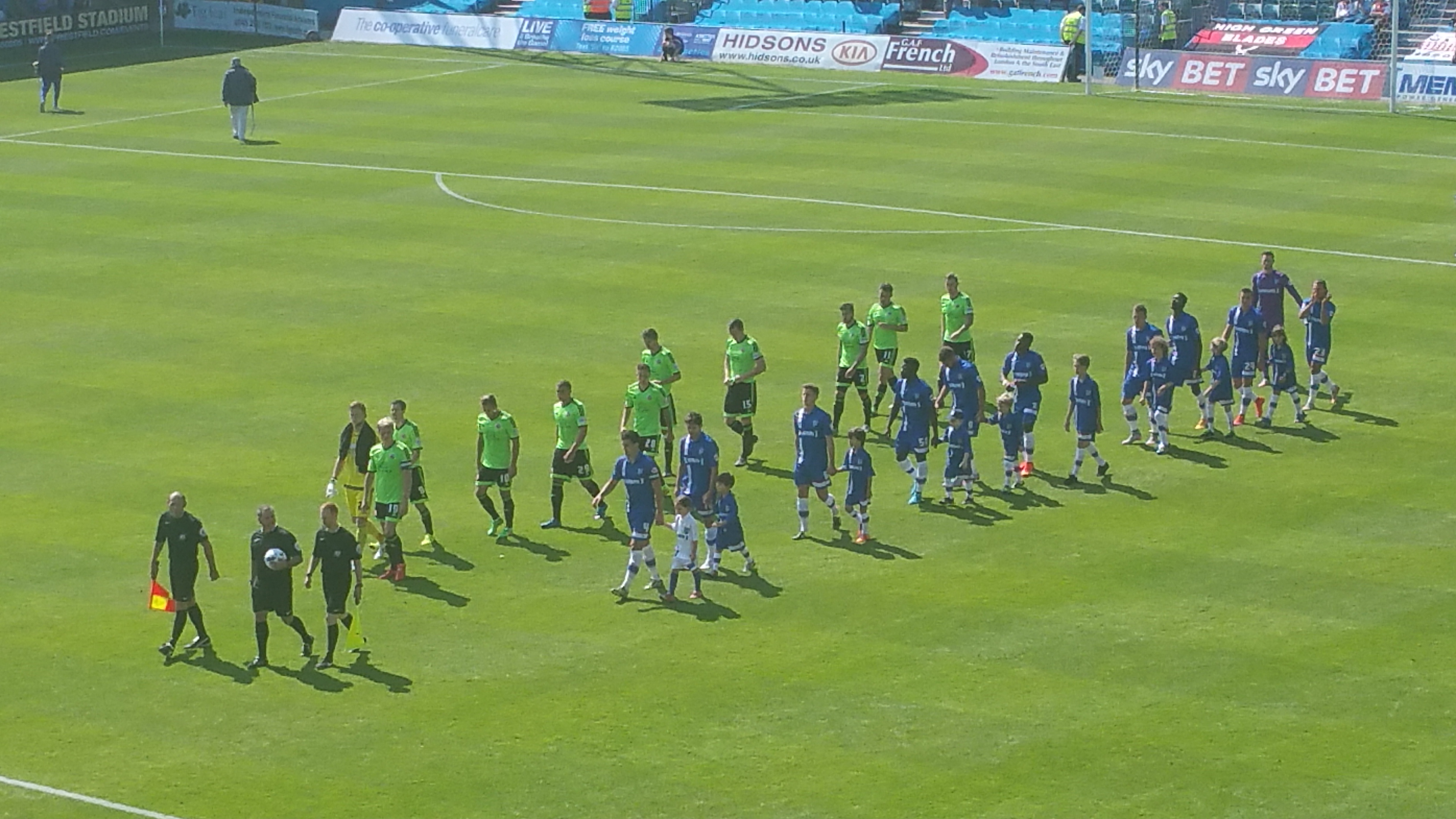 Gillingham are third in League One!

Ok, so it may only be after the second game of the season, but Justin Edinburgh’s men have carried on their excellent run of form from the end of last season, defying the expectations from their difficult opening match, to have won four points from two games.

The Gills started the season with what was billed as their toughest home game this term, hosting the favourites for promotion. Sheffield United came down expecting to return to Yorkshire with nothing less than three points in the bag. What their 1,800 travelling fans witnessed instead was absolute humiliation.

The season was less than ten minutes old before Luke Norris opened the Gills’ account, while loanee Deji Oshilaja doubled the lead shortly before the break. The second half saw an own goal, headed from a corner, credited to John Egan, before Bradley Dack made it four after going past two defenders and scoring a fantastic diagonal goal which is already in contention for goal of the season. Gillingham were, for one week at least, top of the league:

Tuesday night saw the opening round of the Capital One Cup, with the Gills drawn away to Plymouth Argyle (an exhausting round-trip for players and supporters alike). Three goals, all in the final fifteen minutes, lifted an otherwise dull encounter.

The hosts struck first, with Craig Tanner putting the Pilgrims ahead on 78 minutes. Bradley Dack levelled the score for the Gills five minutes from time, while Jake Hessenthaler put the visitors ahead two minutes later. The Gills were rewarded for their efforts with an away draw against Championship side Birmingham City in Round 2, to take place on Tuesday, 25 August. This will be the Gills’ third Tuesday night away fixture in as many weeks, with a trip to Yorkshire against bottom-of-the-league Bradford City tomorrow.

League One action resumed on Saturday, with the Gills making the trip to Staffordshire for another tough match, this time against Port Vale, and once again it was Bradley Dack who was on the scoresheet for Gillingham. The Valiants’ goalkeeper, Jak Alnwick, was penalised for picking up a back pass, and Luke Norris rolled the indirect free kick to Dack, who powered the ball into the roof of the net.

Although Louis Dodds brought the hosts level in the 35th minute, it was referee Fred Graham who wrote the biggest storyline of the game, handing out seven cautions (six of which were against Gillingham players Ryan Jackson, Bradley Garmston, Jordan Houghton, Oshilaja, Dack and Egan). In a gritty encounter, the Gills managed to hold on for a point, finishing the day in third place:

All things considered, it was a good start to the season for Gillingham, although seven cautions in two games is a slightly concerning statistic. The Gills are continuing the form they finished last season with, not afraid to fight for a result, which is pleasing. Early signs are encouraging, but as a Gills supporter, with 44 games to go, one must never forget to expect that anything could happen!