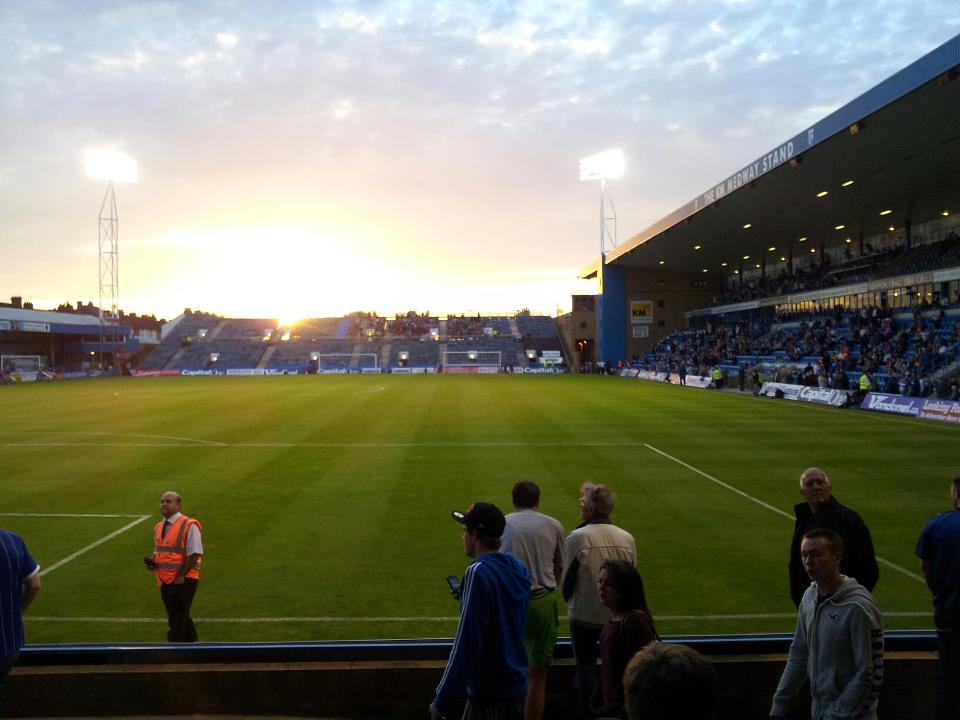 It is a headline that strikes fear at the heart of Gillingham supporters, but one which, in pre-season, was only conceivable in their wildest dreams.

At the outset of the season, our sights were trained on promotion, whether that be automatically or via the play-offs, following two seasons of missing the play-offs by a whisker.

However, right from the start of the season, we have seen a Gillingham side unknown for years, full of fire, aspiration and determination. For the majority of the season we have occupied the coveted top spot and set the pace for the chasing pack.

In recent months, our home form has been, to say the least, wavering, but it is rare that a club in the modern era will win or draw every game. Losses are important in building the character of a team, and the belief that only three points will do is the hallmark of greed; the greed of a small section of fans highlighted when the losing team at home to Oxford were booed off the pitch, despite being top of the league.

Barring a minor disaster, it is likely that Gillingham will end this season occupying one of the top three positions. Every fan will acknowledge that it would be nice to end the season as champions, but will we have failed if we finish second or third?

I can recommend a good psychiatrist for anyone who answers “yes”.

Let us be clear – this is our record-breaking season. The best start to the season (where we didn’t lose a league game until our ninth matchday, at home to Rochdale) and the best away record, both in terms of away wins and our current unbeaten run.

In 18 league outings, we have won 11 and drawn six; we have lost just one game (when we visited Torquay in October) and picked up at least one point from each of the eleven away games since. We have conceded just ten goals whilst netting 36, giving us an away record unrivalled in the Football League; the next best coming from Sheffield United in League One, with two losses and twelve goals conceded – 36 points away from home compared to our 39.

Our home form, though fluctuating since November, is not to be sniffed at either. We have lost more home games than seven of our League Two counterparts, including struggling Barnet and our season-end showdown opponents Burton Albion (who, incidentally, have the best home record in League Two), however, we have still picked up 31 points (from nine wins and four draws) and equalled our away goal difference of 13 – giving us the best goal difference in League Two (jointly with Port Vale), and second best in the Football League (Championship side Leicester also have a goal difference of 26), some way behind League One Swindon’s 32.

This lengthy stat-attack (well done if you’ve kept up!) is important, because it emphasises why we deserve to be where we are in the league – and what we have already achieved this season. However, our last nine games are not going to be easy:

I believe our toughest challenge will be on the last day of the season and, depending on events between now and then, that could be the game which decides who wins the league. That is why it is imperative, if the top spot is our goal, it is settled by the end of our last home game of the season.

If we do see the above headline, I will be disappointed, naturally, but I will not be upset. Our boys have given us more than enough to be proud of this season and promotion is the icing on the cake. Winning the league? That’s the ribbon and bow on the front – it looks nice, but it’s not essential.

Promotion is – and has always been – our priority, and I will be happy whether we finish first, second or third – or even if we (heaven forbid) have to slog it through the play-offs to Wembley, though somehow (and you can hunt me down if I am forced to eat my words) I can’t see that being necessary.