The ANC has said that it believes the drop in registrations is down to the fact that there is no “performance”, a key element to previous rallies such as last year’s sound wave or the giant arrow which made its way along the Avinguda Meridiana in 2015. According to the ANC, even though people intend to take part in the protest, the absence of a similar “performance” this year means they believe they don’t need to register.

Although it assists the ANC with planning for the event, registration is not mandatory and people attending the rally without first registering with the ANC would not be a new phenomenon. Last year, 460,000 people registered their attendance online ahead of the protest, while the local police calculated that 1 million ultimately filled the Avinguda Diagonal.

Despite this the organisation is still calling on those who will be attending to register on their dedicated website, to ensure the rally is a success.

Although registrations have fallen, the ANC was able to highlight statistics which they believe point to another high turnout. So far, 450 buses have been reserved to take people from around Catalonia to the protest, which is on a par with this time last year, while the number of t-shirts sold has increased by 5% to 178,000. The latter is particularly important for the organisation, as €6 from the sale proceeds of every t-shirt goes towards funding its year-round campaigns. 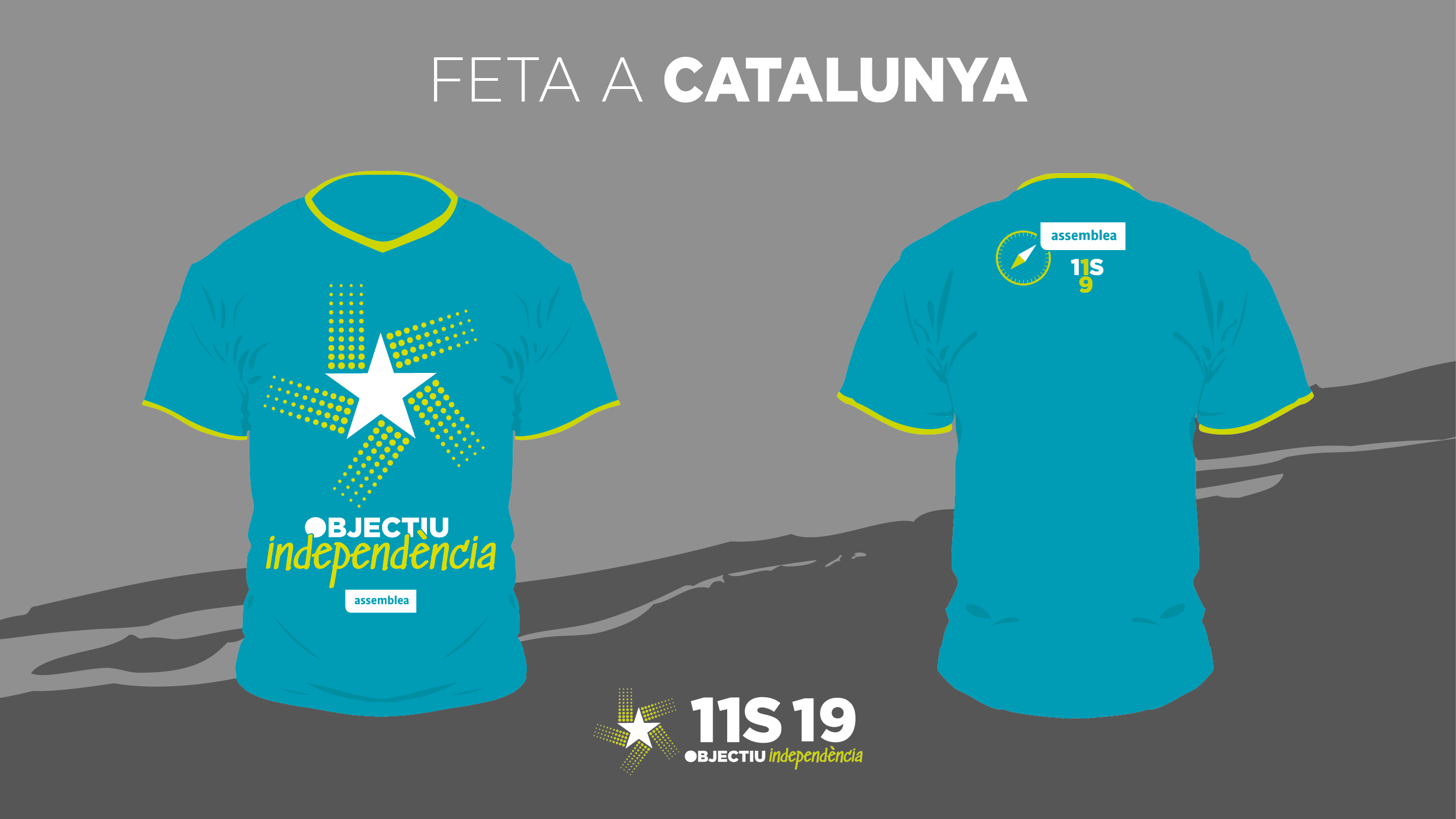 So are people losing interest in the annual pro-independence demonstrations? The drop in registrations does seem to indicate that this year’s turnout will be lower, while the increase in the sale of the t-shirts suggests otherwise. There have certainly been many comments online from pro-independence supporters who believe that the ANC have got this year’s demonstration wrong, most notably exiled minister Clara Ponsatí, and that, instead of selling more t-shirts and filling the streets of Barcelona, the protest should be marching on government buildings to demand unity between the pro-independence parties and the implementation of the Catalan Republic.

Ultimately, however, we will not know how successful the demonstration has been until we reach 11 September. And there’s only 18 days to go.

@stueybourne Where's Malcolm Tucker when you need him??

@_robertstokes_ Hmm, yes, I'm sure the Chief Executive of Medway Council will love being compared to one of the Mitchells 😅

That feeling when you forget you're the one chairing the meeting 🤦‍♂️ #MedwayCouncil pic.twitter.com/IX9Jif7qyR

@MedwayPolitics Two suits are better than none 🤷‍♂️

@MedwayPolitics It's cold in that thar building?

@MedwayPolitics Loves the sound of his own voice, that one...

Can confirm this is worth subscribing to - and if you can afford the small monthly cost, the paid subscription is equally worth it to help @Ed_Jennings keep it going #NotAnAd #JustAFan twitter.com/MedwayPolitics…

Joke's on you, though pic.twitter.com/brG3CkO37n

Apparently the COVID-19 app does still work. First time I've been "pinged" in over a year. I was beginning to think it was only there to look pretty...

In the UK, we accept that everyone is entitled to legal representation, regardless of the alleged offence & though we might not always understand how someone could defend an alleged criminal, we respect them for it. In Spain, apparently, such lawyers are fair game for insults 🤷 twitter.com/Tonignk/status…