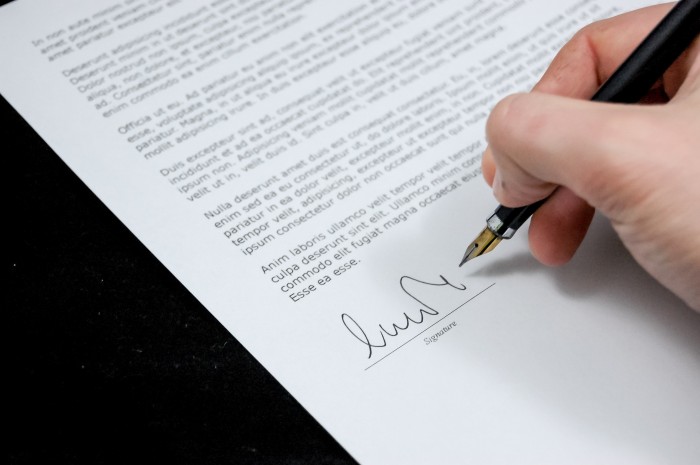 Over the past 12 months, I have used many more NHS services than most 27-year-olds, including emergency care, routine investigations and invaluable support form my GP.

I have accessed help from both a physical and mental health perspective and the care I have received has always been first class.

However, my experience has also allowed me to see first-hand just how stretched the NHS is.

For the service to survive into the 21st century without risking back-door (or even open) privatisation, a serious increase in spending is required.

But that increase must be sustainable against a fragile economy facing the uncertainties of Brexit.

Adding additional borrowing puts our nation’s financial security at risk, and cutting funding from other vital areas such as education or welfare would lead to separate funding crises in those departments as our population continues to grow.

I would, therefore, fully support the Liberal Democrats’ commitment to a 1p increase in personal taxation, providing the additional £6bn generated is ring-fenced for health and social care expenditure.

Adding 1p to personal taxation would have little impact on most people’s disposal income but it would make a huge difference to securing the future of one of the country’s most-loved – and most-needed – institutions.

I left the Conservative Party in 2013 for a number of reasons, but my principal reason for joining Ukip was to campaign for the right of the British people to have their say on continued membership of the European Union.

Now I am genuinely undecided over which way to cast my vote. I have always believed that the EU is too bureaucratic and unashamedly undemocratic – and the European reaction to the Prime Minister’s meagre renegotiation suggests a firm opposition to meaningful reform.

The EU affects our lives in so many ways, some good and some bad, which is precisely why I wanted everyone in this country to have the first right to decide on this issue since 1975.

It saddens me to see that the opening shots in the referendum battle (from both sides) have been more about scaremongering than promoting facts and sensible debate. If voters are to make an informed choice on June 23, then we need to see less rhetoric and more reality from both camps.

It would be a shame if the final result was tainted because remain and leave campaigners could not leave their dogma to one side to promote reasonable debate on an issue which is, frankly, much more important than their own egos.

The people have spoken. I would like to congratulate all those who were successful in their bid for election and commiserate with those who, like me, were not successful.

The electorate are the boss, we their humble servants.

However, it was disappointing to learn that the House of Commons our three Members of Parliament will be entering is the most unrepresentative since 1926.

On Thursday, more than one million people voted for the Green Party, and yet they have only one MP.

Almost 3.9 million people voted for Ukip and they also have only one MP.

That’s a combined vote share of more than 15%, and yet between them the Green Party and Ukip have only 0.3% of seats.

In contrast, the Liberal Democrats received less than half that number, a little over 2.4 million, and four times as many MPs; from a 7.9% vote share they won 1.2% of seats.

Although I’m willing to compromise with the SNP, as they only stood candidates in Scotland and their votes to seats ratio would, naturally, be skewed, it is still worth noting they won about 50% of the vote in Scotland and 95% of the seats there.

Our electoral system is bankrupt and that change is desperately needed.

Good reason for no Gills parade

I HAVE been a Gills fan for more years than I care to remember, and I well remember standing in Gillingham Park as the Division Two Play-off Final success was celebrated from the balcony of the Municipal Buildings more than a decade ago.

That is why I can understand Mr Sengelow’s sentiments (Letters, May 10) regarding a victory parade following the Gills’ extremely successful centenary year. The club has not always had an easy relationship with Medway Council, but it is important to note that the council is always keen to allow all residents the chance to celebrate the club’s success and has, in the past, accommodated victory parades.

Unfortunately, this time the club was unable to take up the council’s offer, which has provoked a mixed reaction from fans.

I am not too concerned about the fact that a victory parade will not be taking place this year. Unlike the play-off finals, the League 2 championship was won and the trophy presented on home soil, in front of a capacity crowd. This allowed the team to celebrate the success in Gillingham, without the need for an additional local celebration.

Gillingham Football Club is one of the best Football League clubs for involving fans, and Martin Allen has put the fans at the forefront of everything the team has done this year. From inviting them on to the team coach at away matches and into the dressing room, to opening up training sessions and ensuring players do not leave without signing autographs and posing for photographs, the fans have always been held in high regard by the club, management and players. The fans have even been asked to choose next season’s kit.

The decision not to hold a victory parade was, therefore, clearly not taken with the intention of disappointing the fans, although I accept that there may be a few who were unable to attend the match against AFC Wimbledon who may be disappointed. I am therefore happy to accept the club’s decision and look forward to another successful season, albeit this time in League 1!

I EMPATHISE entirely with Bob Bounds’ concerns that local media is being punished for the sins of others (Messenger, March 22).

I have been a blogger for some six-and-a-half years and, at the time of writing this, it is legally unclear whether I, too, would fall into the remit of the Royal Charter.

I am in the final year of my law degree* and dedicated months on the effects of media law on internet users, particularly in relation to defamation. I concluded that the law had continued to evolve effectively to encompass those who use the internet as well as the traditional media.

I have always been careful never to stray into what is legal and what is not – unlike a significant section the national media (not simply News International, as recent revelations have proved). However, as Mr Bounds correctly points out, the genuine wrongdoing suffered at the hands of those journalists is already illegal; the culprits already arrested and, in some cases, charged.

Many articles I have written in the past could have prompted the subject to complain to this state regulator because they did not like what I wrote. The same is true for the Medway Messenger; without even reading the contents of the edition this is printed in, I would wager that there is at least one article which is not breaking any laws, but which could fall foul of the new Orwellian regulations.

No Member of Parliament who voted for this ill-conceived, dictatorial hash job, nor any future candidate who has voiced support for it, is fit for office. I congratulate Mark Reckless and Tracey Crouch for having the courage to stand up for what is right but note with utter dismay that Rehman Chishti, who courted the media for maximum exposure before the general election, has betrayed those same journalists in supporting the Royal Charter.

The Press Complaints Commission was ineffective, out of date and needed replacing, but not by a state-sanctioned censor more familiar to China or North Korea, at the mercy of politicians often with axes to grind.

* Regular readers will know that, far from being in my final year of my law degree, I in fact graduated in July 2011. This was an error which occurred when the Medway Messenger edited my original letter for length.

P.s. I do have a screenshot, but I have no intention of sharing it publicly for many reasons. It's not immediately obvious it's Auschwitz (I had to double-take), but it is clearly taken at the entrance gate to Auschwitz I (the sign, at least, has been cropped out).

I have legitimately just seen someone using a photo of themselves taken at @AuschwitzMuseum as one of their photos on a dating app. It's not quite a selfie on the railway tracks, but even so - am I the only one who finds this a distasteful use of a photo, given the location?

@AmazonHelp The safe place I would have marked is the same place the attempted delivery card should have been left. If your driver couldn't find it to leave a card, I'm not sure I'd be comfortable asking them to leave the actual package there, otherwise who knows where it'd end up

Dear @AmazonHelp, perhaps I could politely suggest you try employing competent delivery drivers? Not only was there no knock at the door, but no attempted delivery card was posted, either! pic.twitter.com/I1Td8EfKNg

@Ed_Jennings I am nothing if not an optimist

Oh goodie, another site to be rejected on twitter.com/Ed_Jennings/st…

Wtaf is even wrong with me? 😭😭

@MedwayPolitics Nothing wrong with being an "ass" from time to time - it makes life far more interesting!

@MedwayPolitics @Rehman_Chishti 61.3% of those who voted. I didn't have enough characters left to make that clear, but would have thought that would have been assumed. People who don't vote are generally excluded from the vote share.

People can complain about how effective he is on social media (myself included), but it doesn't change the fact @Rehman_Chishti is our MP. We had an opportunity to vote for change in December and over 60% voted to re-elect him. Like it or not, that's how democracy works. twitter.com/CllrAndyStamp/…

@HowcroftJoanne @SkyNewsBreak The Sussexes will be repaying this money, though I imagine it will remain within the sovereign grant funds (I stand ready to be corrected on the latter point)